Thom as Kean
Myanmar’s southern Tanintharyi Region conjures images of wild mountain passes, picture-perfect beaches, isolated settlements and untouched islands. For the most part this is accurate – it is indeed a region of stunning natural beauty – but decades of restrictions on travel mean few foreigners have had the chance to see its charms with their own eyes. While the major towns were connected to Yangon by domestic airlines, there were not many opportunities to explore beyond the city limits, limiting the attraction and viability of the region as a tourism destination.

That is beginning to change, thanks to a January 2013 order from the Ministry of Home Affairs that removed travel restrictions on large swathes of the country. It’s now possible to reach the main population centres – Dawei, Myeik and Kawthoung – by train or car as well as airplane. The overland travelling times are still formidable because of the lack of quality infrastructure, and flights remain the best option for getting around, but this change has given travelers greater flexibility and more reason to spend time in Tanintharyi Region. 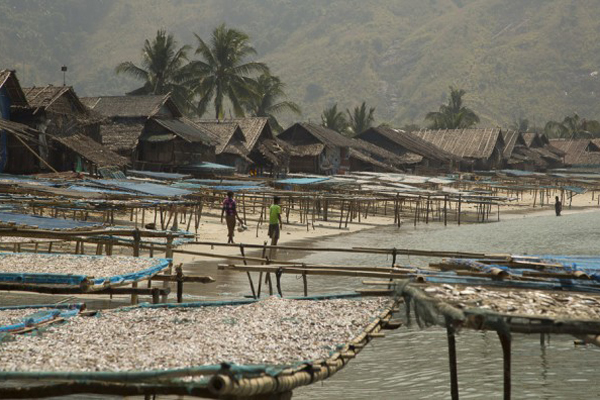 So, what is there to see? Dawei is the regional capital and best known of the three towns, thanks largely to a proposed multi billion  dollar special economic zone nearby. While the project is largely yet to get off the ground – and may never take off unless its backers can do a better job of attracting investors – it has at least helped to put the town on the map. Because of the anticipated inflow of business travellers, a number of new hotels have opened and in terms of accommodation Dawei offers better value and more variation than either Myeik or Kawthoung. The town itself is neat and attractive, with a large number of British-built and indigenous buildings from the colonial period. The intricate two- storey wooden houses that pre-dominate are often painted in gay colours, adding to the town’s attractiveness. Thanks to remittances from migrant workers in Thailand, it also has an air of prosperity that you do not find in much of Myanmar. The food is superb – you can find pretty much everything except Western food – and of course the seafood is a major attraction.
This is best savored at nearby Maungmakan beach, which is a picturesque 30-minute drive from Dawei over a low hill range.
Thagara, old wooden monasteries, pagoda-topped hills that serve as good sunset-viewing spots, and caves and hot springs. There is little in the way of tourist information for now, so if you’re not content to hire a motorbike and just ride around, head to a local travel agent such as Dawei Beauty to hire a guide for a day or esquire at your hotel for the contact details of local freelance tour guides. 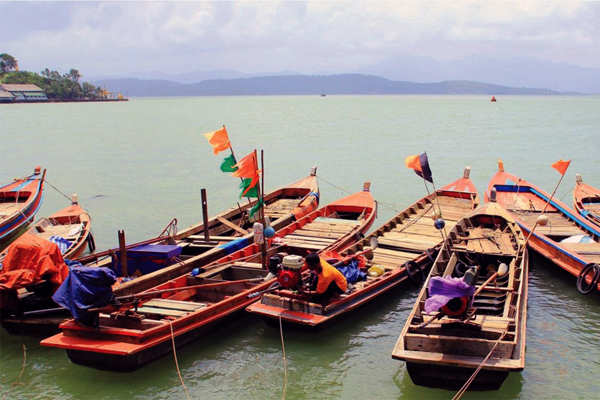 The beach is relatively secluded and still gets few visitors, with just one licensed hotel having so far opened its doors. However, expect this to change in the coming years, as a number of new resorts are being developed and the winding road from Dawei is being upgraded significantly. Aside from sipping beer and eating fresh seafood at beachfront shacks or paddling in the warm water, visitors can hire motorbikes to explore the coastline, including local villages, pagodas and hot springs.
Surrounding Dawei there are a number of other natural and cultural sites worthy of a visit, including the ruins of the ancient city of Thagara, old wooden monasteries, pagoda-topped hills that serve as good sunset-viewing spots, and caves and hot springs. There is little in the way of tourist information for now, so if you’re not content to hire a motorbike and just ride around, head to a local travel agent such as Dawei Beauty to hire a guide for a day or inquire at your hotel for the contact details of local freelance tour guides.
While Dawei may be on the path to international prominence as a commercial centre, Myeik is a formerly important settlement that today has more of a backwater feel. Formerly known as Mergui, it has at times been controlled by Thailand, or Siam, offering the kingdom direct access to the Indian Ocean (for a fascinating account of the period, get your hands on a copy of Mau-rice Collis’s Siamese White, about British freebooter Samuel White, who was appointed governor of Myeik by the Siamese in the late 17th century). It remained important during the colonial period, when Collis was posted there, but has largely lost its status as the regional centre to Dawei. Nevertheless, it remains an important centre for the fisheries and pearl industries and the large buildings, both new and old, stand as testament to a lin-gering wealth. As well as important buildings, the British also bequeathed the town a multicultural population, as evinced by the large number of mosques and churches.
Further to the south, Kawthoung is the archetypal frontier town, established in the late 19th century to mark the border with Thailand. Perched on a cape opposite the Pagyan River from Ranong, the Thai influence on the town is palpable. Hundreds of foreign day-trippers -Thai and otherwise – cross the border each day, the Thai language can be heard on almost every street corner and many businesses accept baht as well as US dollars and Myanmar kyat. lt was not until 1765 that the area today known as Kawthoung – and called Victoria Point by the British – really came under the control of Myanmar’s kings, when Hsinbyushin wrested it, along with Myeik and Dawei, back from the Thais. At this point, Kawthoung was little more than a village.

In the 1860s, Malay, Thai and Burmese traders established a settlement about 40 kilometres (24 miles) north. The village was shifted to the current site of Kawthoung in 1891 because it had a better harbour. This harbour remains a busy place, as the town is home to one of Myanmar’s largest fishing fleets. The town has large Muslim quarters, established by Malays and Indians who migrated to Myanmar during the colonial era, that offer a fascinating picture of Kawthoung’s ethnic and religious diversity. 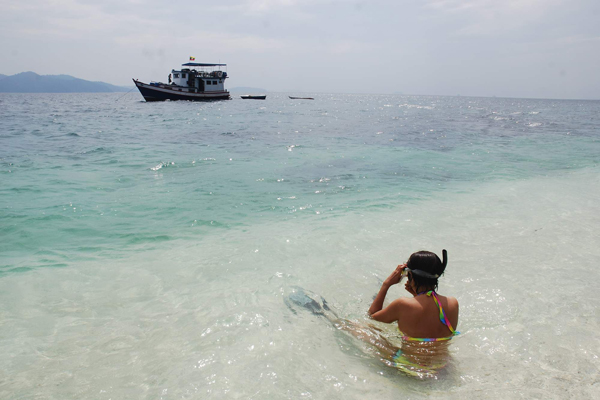 Perhaps the region’s greatest attraction remains one that is mostly off limits: the Myeik Archipelago, a stunning collection of 800 mostly untouched islands. For now, virtually the only way to reach the islands is by buying a package from one of a handful of travel companies that operates live-aboard boats in the area. Another, although no less expensive, option is Myanmar Andaman Resort on Macleod Island, about 40 nautical miles west of Kawthoung. More an eco-lodge than a resort, it is the only build-ing on the island and features just 22 charming rooms not far from the shoreline.

While Tanintharyi Region is slowly becoming a viable tourism destination, most of its attractions are yet to be widely promoted or even explored. Coupled with the recent relaxation on travel restrictions, this sense of the unknown only makes Dawei, Myeik and Kawthoung more attractive options for your next Myanmar holiday.