Myanmar is not only renowned for sightseeing activities with thousands of scenic spots but traditional festivals. Heading off Myanmar in November, visitors will be indulged in festive atmosphere with unique religious rituals.

Tazaungdaing festival
If your interest involves in witnessing colorful and explosive spots sparkling in the sky, look no further than the Taunngyi Fire Balloon Festival, which takes place in the culturally diverse capital of Shan State over several days every November. This celebration is organized around the Full Moon of Tazaungmone, a Myanmar national holiday that marks the end of rainy season and is also known as the Tazaungdaing Festival of Lights
Originally, the balloons released in the sky is an offering to the heavens to get rid of evil spirits; nonetheless, the tradition of hot air balloon competition in Taunggyi was actually begun by the British in the late 19th century. 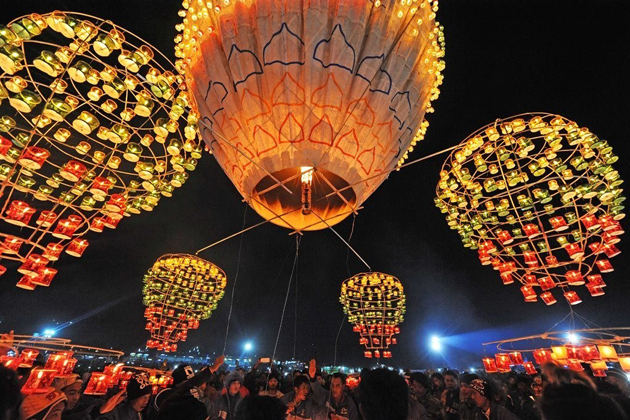 The festival begins every day in the early afternoon; during the daylight hours the huge balloons are launched in the shapes of animals, including anything from birds to elephants. When darkness fall, the balloons are released roughly between every thirty minutes, and come in two categories – ones that are charmingly lit up and ascend serenely into the sky, and ones followed by thousands of fireworks. The latter balloons reach an altitude of several hundred meters, after which the fireworks exploded with a gorgeous, multicolored shower – which lasts up to 15 minutes.

The Full-moon Tazaungmone festival
Tazaungmone, a Myanmar national holiday is held only in the full moon day of Tazaungmone month. After rainy season comes to an end, the monks need new outfits. Thus, at this day, people celebrated a ceremony known as Kha-htein to donate clothes and other stuffs to the monks. New clothes, shoes, umbrella, bowls, food, towels, soap and other essential items are given as the monks ‘offer. Donations for the monastery are put on bamboo frames, under the shape of leaves and trunk. 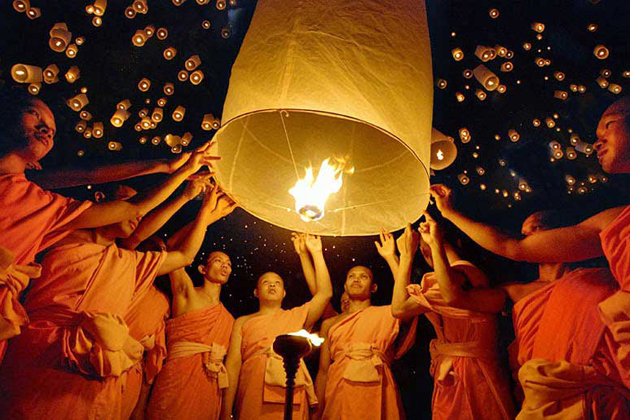 Shwezigon Pagoda Festival
Located in Bangan, ancient capital of Myanmar, Shwezigon pagoda is one of the oldest and impressive monument, embodies the glimmering of gold plate. In the full-moon day of Tazaungmone month, Shwezigon Pagoda Festival is held by local people to offer the food to monks and novices. Similar to the other festivals in Myanmar, there are many shops, stalls selling local product such as lacquer ware, pottery, cotton bags… The visitors travel here can fall in love with the flavorsome food from the stalls and buy souvenirs from the shops. 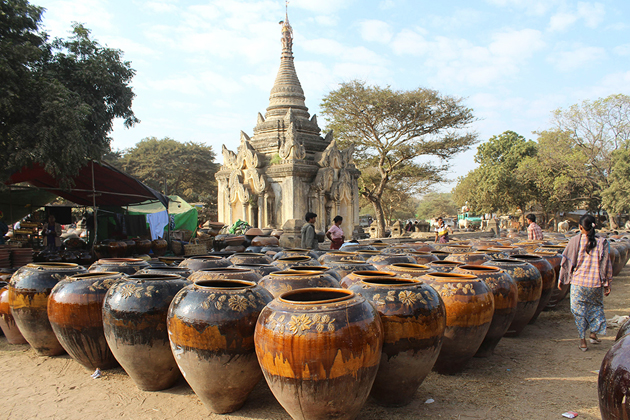 Phowintaung Pagoda Festival
The festival is held from the 14th of Tazaungmone month and lasts for only 2 days. Like many other festivals in Myanmar, many games are organized and local products such as Thanaka wood, Sandalwood, Brocade are sold by a number of vendors and merchants. After that, amount of profits will be donated to the pagoda. More significantly, it is an ideal occasion for people to visit family and friends. Of course, attendees cannot help taking part in traditional dances and songs in the festival. 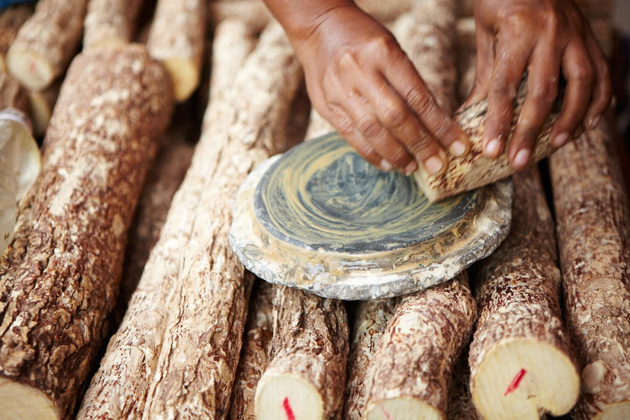 Around the pagoda, the market is bustling with a bunch of vendors and merchant stores selling a wide variety of goods from religious icons and house hold items to handicraft products like lacquerware and silk longyi (a traditional Burmese skirt). Besides, numerous traditional plays and Burmese drum and cymbal orchestras’ competitions are performed 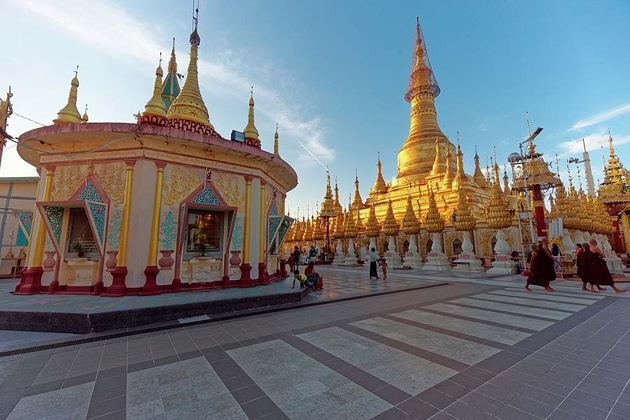 “Responsible Travel in Burma”_Why is this Very Important ?

Top 4 Things to Do in Inle Lake