Pyin Oo Lwin is well known as a scenic hill station, a cool mountain oasis with a colourful past just a short drive from Mandalay. During the summer, from February through May, Mandalay residents make the 67-kilometer journey up to this town on the edge of the Shan hills in droves to beat the heat of the river plains. In recent years, however, Pyin Oo Lwin has also gained renown for its annual fire balloon festival, which will be held for the 10th time later this year. The festival, which is held in the five days leading up to the full moon of Tazaungdaing – normally October or November – draws thousands to the town at the end of the rainy season, when the chill of winter is beginning to descend. While the crowds are not as large as those at the Taunggyi balloon festival, held in the Shan State capital each year during Tazaungdaing, they continue to grow each year. 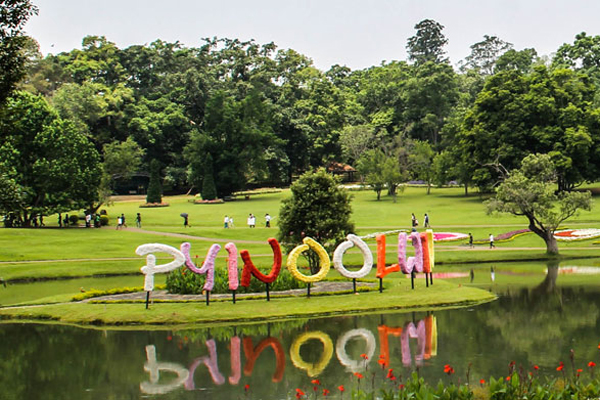 The festival is held on a field on the edge of town near Maha Ant Htoo Kan Thar Pagoda. As a result of the swelling number of spectators, authorities have expanded the field in recent years to cover 40 acres. Hotels are invariably booked out well in advance, so visitors should be organised and make a reservation before arriving. The most crowded day is inevitably the opening, which features grandiose fireworks displays and traditional performances, of which the Shan dance is a highlight.
The belief behind the festival is that releasing the balloons amounts to an offering to heaven in Buddhist cosmology. The festival is also a competition, however, and for participants taking part, it means much more than making an offering; the festival is also an opportunity to show their unity and strength. Organizers have created two categories, one each during the day and night. Balloons during the day are created in the shape of dolls, usually animals with either two or four legs. The night competition relies more on fireworks and creative designs made through the use of lanterns on the fire balloons. 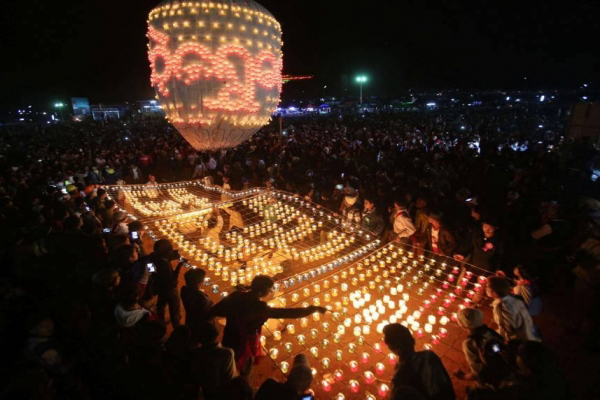 In 2013, around 100 fire balloons competed and competitors didn’t hesitate to invest millions of kyat into their designs – far in excess of what even the winners receive. The victor last year received 3. 5 million kyat (about US$3600), while a range of smaller prizes was also handed out. While it may seem like a good idea to get as close as possible to the balloons, be aware that takeoff does not always go as planned. A failed launch can send a flaming balloon into the crowd, or cause fireworks to shoot out in all directions. At the least, be sure to pay attention to the balloons. The festival also attracts hordes of professional and amateur photographers, who also compete to take the best photos during the event. Again, there are two categories, with one each for day and night photography. The winning photos are displayed at Maha Ant Htoo Kan Thar Pagoda as testimony to the beauty of this incredible festival. 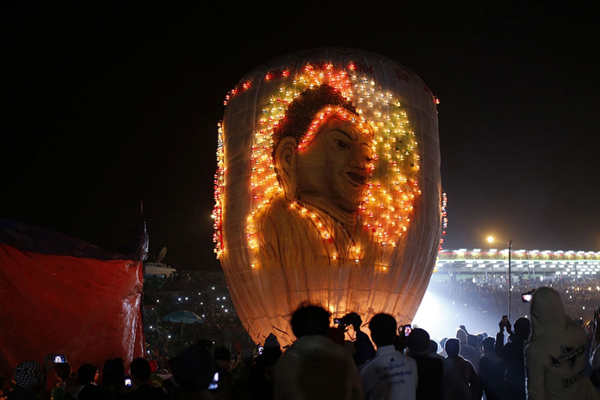 While there’s plenty to enjoy about the festival, it’s also an opportunity to explore the rest of Pyin Oo Lwin. Once the balloons are packed away for another year, you can check out the National Kandawgyi Gardens, visit the various waterfalls in the area and sample the local produce – everything from coffee to fruit wine to yogurt.
Pyin Oo Lwin has always lured travelers and nearby residents – the annual balloon festival just provides another reason to venture into the Shan hills.