Poor people inside the golden temples & pagodas
Myanmar has a lot of natural resources, even mainly best precious stones in the world like Ruby, marble… In temples, pagodas and other religious architectures in the country, a various amount of giant marble is used to sculpt Buddha statues.
Myanmar people are reverend Buddhism. They offer money, gold and precious stones for constructing the temples. Most of temples here are platinized so as to show the prosperity of the religion. However, ironically, besides that only prosperity, tourists will see rough roads and the poverty of the local people who are living around these sparkling luxurious temples. The majority of the inhabitants are under the very low income, live difficult hungry lives in fraying houses, and even no works.

The iconic Shwedagon Pagoda in gold

Cuisine: A blend of Indian, Thai and Chinese
Burmese cuisine is a great fusion of Indian, Thai and Chinese. In particular, Myanmar people do not use spoons and chopsticks in meals. They use their hands to eat instead.
However, tourists travelling to Myanmar will still be served both Western cuisine and Oriental dishes with spoons and chopsticks as normal. 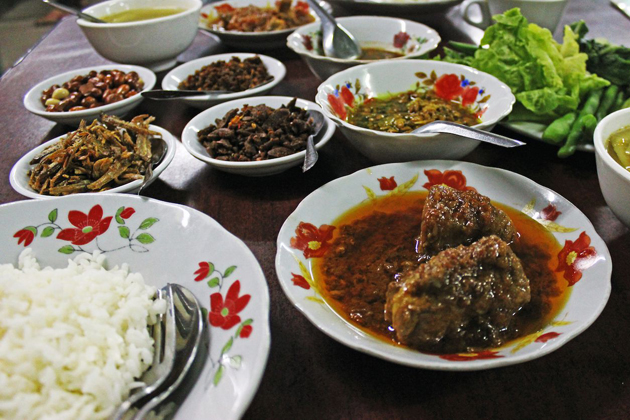 Myanmar cuisine – a blend of Indian, Thai and Chinese

Buses are the main transport
Myanmar’s transport system mainly includes buses. The reason may be due to majority of Myanmar people are poor, so it seems that they are not able to buy expensive cars. As a result, buses are the most effective means of transportation in the country. Buses in Myanmar are very cheap and totally affordable to almost people because it is subsidized by the government. On the adverse side, the system is quite old and out of date as well as public vehicles must accommodate so many people. 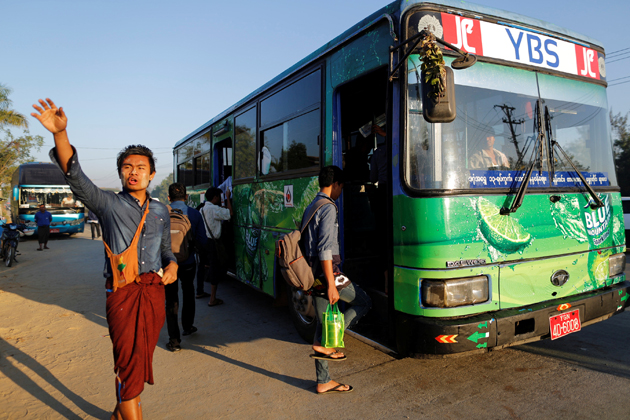 Buses are the main transport of Burmese people

The sense of ethnic identity preservation
Myanmar government still does not stop to encourage the residents to preserve national identity. Travelling Myanmar, encountering a girl wearing traditional costume on the street is a super normal thing. Myanmar ladies love to use thanaka (a powder from the tree called thanaka) to do makeup on their faces, their necks and their limbs. Men prefer to chew betel lot. You can see a lot of betel-eat stalls at every street corner. 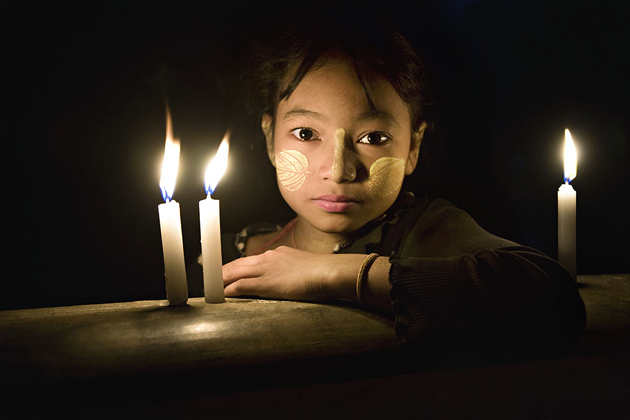 50% of merchandise from Vietnam
You may not know that Myanmar has been embargoed for many years due to several reasons and it seems to be hard to develop. Many people think that the majority of goods in shops and supermarkets in Myanmar are imported from Thailand; however; in fact, more than 50% of goods in the market comes from Vietnam. You can verify this thing if you wander around some of major supermarkets in the city center. 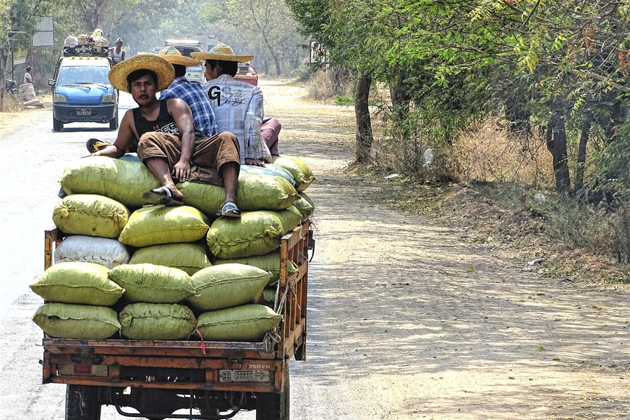 Massive load of merchandise imported from other countries