Myanmar has become a place of visitors’ interest with a great number of alluring tourist destinations. A trip to Myanmar would give you an insight into its century-old stupas and traditional practices. Popularly renowned for a huge collection of temples and pagodas, most of them are made from gold with great values, Myanmar is actually an ideal place for exploring famous golden destinations. Here are top world-known golden places in Myanmar that you should pay a visit.

The Golden Rock
Probably, Golden Rock Pagoda is better known as Mount Kyaiktiyo. Visitors to this place would be taken aback by the huge golden rock that firmly perched at its summit. The rock of 7.6 meters tall is considered as the hair of the Buddha. You can reach its peak to capture a panoramic view of the surrounding well-known Mon State Mountain.
As one of the most sacred sites of the country, The Golden Rock is a huge gold painted, gold leafed boulder balancing precariously, Hence, it is really worth a visit. 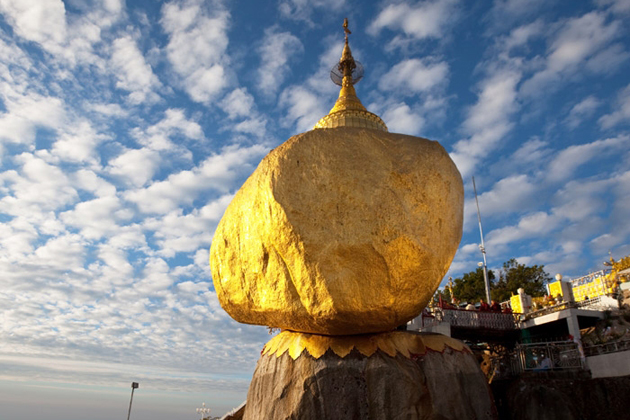 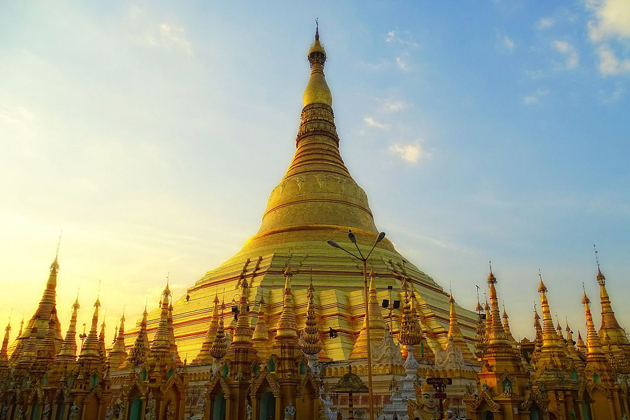 Shwezigon Golden Pagoda
Situated in Bagan (the capital of the ancient kingdom of Bagan) where there is a high concentration of small and large temples, Shwezigon Pagoda is the second largest golden temple in Myanmar erected in the 12th century with well-structured architecture.
Probably, the highlight of Shwezigon Pagoda lies in its graceful golden ‘bell’ with a height of 160 feet. This golden bell is well adorned with thick moldings and topped with unique traditional jeweled hti, which makes it lit up gorgeously at night. 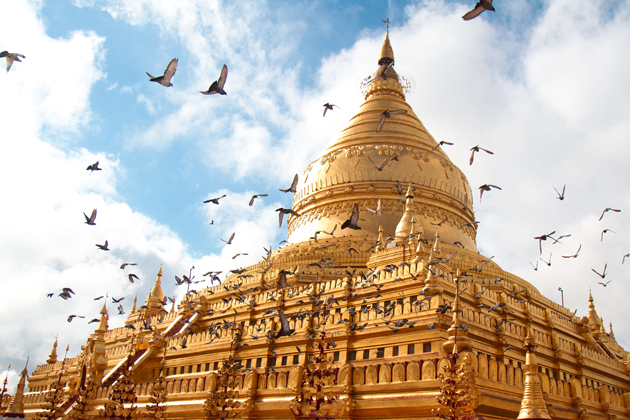 Mahamuni pagoda
Another golden highlight of Myanmar that is worth mentioning is Mahanuni pagoda. Pack your bag and discover this most highly revered Buddha image of Burma. Here, you can gain a first-hand experience of the most outstanding features of the temple, known as the Mahamuni Buddha image. This stands in a small chamber topped with a seven tiered Pyatthat Burmese style roof. The Mahamuni Buddha image is applied with gold leaf by male devotees who desire to pay respect to the Buddha image. 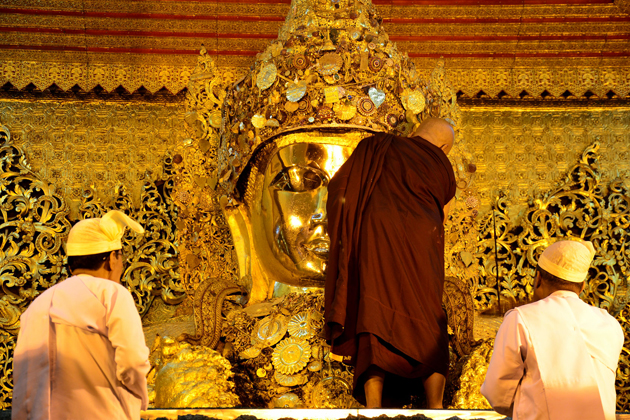 Golden Sandamuni pagoda
Also highly renowned for its large golden zedi, the golden Sandamuni pagoda houses hundreds of shrines which consist of inscribed marble slabs. The most remarkable feature that the pagoda mesmerizes visitors, especially first-timers lies in its oldest structure on the grounds, popularly known as golden chedi. Moreover, there is the famous Sandamani Buddha image which used to be the largest iron Buddha image in Myanmar but now is mostly covered with a layer of gold; therefore, Sandamani Buddha image is still one of the most renowned golden places in Burma. 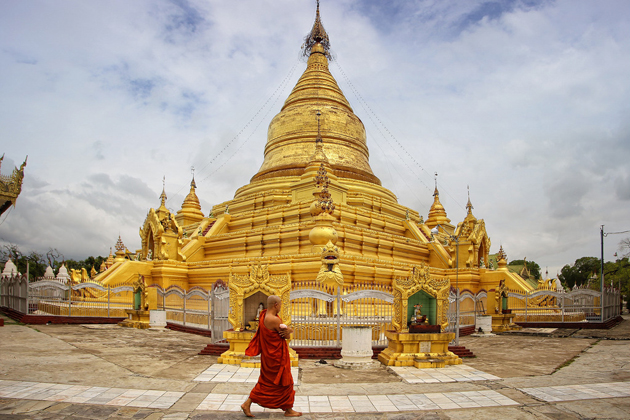 Best Places for the Second Trip to Myanmar

How Do I Fall in Love with Myanmar?