Burmese movies have a reputation for being rich in cultural and traditional values, not to mention a huge number of modern movies or comedies. In addition to amazing Burmese movies that were locally filmed by domestic directors and producers, there are a considerable number of international movies that were set in Myanmar. Actually, Myanmar has become a destination of film producers’ interest. This articles aims at introducing top 10 international movies set in Myanmar, accompanied with destinations that film was set. 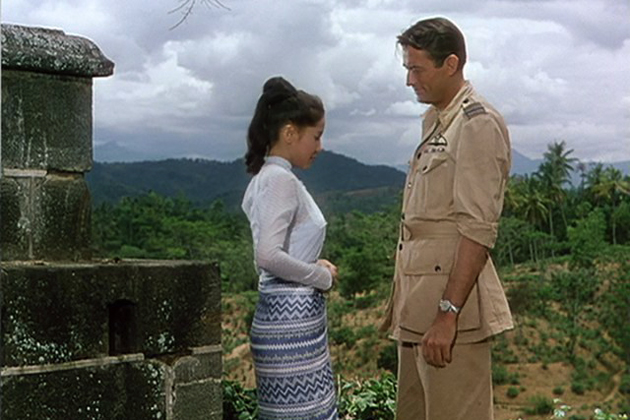 A Maid of Mandalay
A Maid of Mandalay is a short movie that was made based on Rudyard Kipling’s world-known ballad Mandalay. The movie was set in Myanmar with the participation of two famous stars Maurice Costello and Clara Kimball Young.

Mandalay
In this list of films set in Myanmar, Mandalay is definitely one of them. Directed by Michael Curtiz and originally written by Austin Parker and Charles Kenyon, the movie is a 1934 American Pre-code drama film. The reputable ‘Mandalay’ stars Ricardo Cortez, Warner Oland and Kay Francis.

The Girl from Mandalay
This movie is also a foreign film set in Myanmar. ‘The girl from Mandalay’ is a famous American action film that was under the direction of Howard Bretherton and launched on April 20, 1936, by Republic Pictures.|

Burma Convoy
It is a film directed by Noel M. Smith in 1941. Burma Convoy is about a truck convoy on the Burma Road. For a long time, the film is still loved by a huge number of audiences.

Bombs Over Burma
Mainly based on a story by Milton Raison, it is such a great 1942 American war film

Burma Victory
The fabulous ‘Burma Victory’ is a project of Louis Mountbatten and directed by Roy Boulting. It is a kind of British documentary which is chiefly about Burma Campaign during World War Two.

Objective, Burma!
Featured as a 1945 war film, ‘Objective, Burma!’ is based on the six-month raid by Merrill’s Marauders characterizing the Burma Campaign during the World War II. Directed by Raoul Walsh, it is about a group of U.S Army was left in Burma with a view to locating the area to destroy a camouflaged Japanese army. The mission was successful as they controlled the station. However, the arrival of the airborne troops was taken to their base and at that time the Japanese were waiting for them, which put them in a dangerous position. After many difficulties, they could manage everything and led Japanese troops away from the site.

The Purple Plain
‘The Purple Plain’ is also an international film set in Myanmar. Directed by Robert Parrish with Gregory Peck, it is about a pilot serving in the Royal Air Force in Burma. It is such an amazing movie to have an insight into the hard period during the World War II.