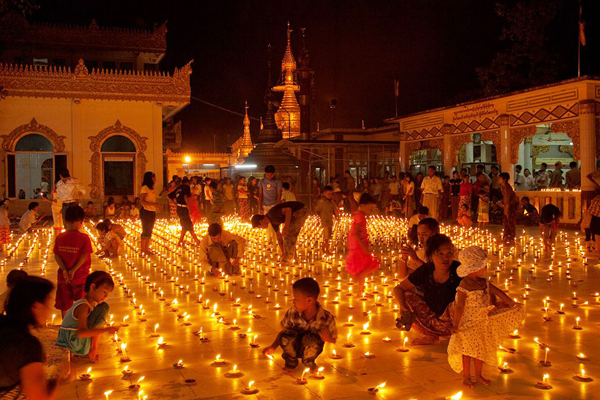 Tazaungdaing Lights Festival
Tazaungdaing Lights Festival takes place in the eighth month of the traditional Burmese calendar (mid-November) that marks the end of rainy season in Myanmar. It is believed that this festival derives from Kattika festival, which honors the guardian planets in Hindu astrology. During the festival, houses and public buildings are decorated with colorful lights. It is also a time of games, marching, fireworks, lanterns and hot-air balloons.

Many hot-air balloons made from bamboo and mulberry paper ascends into the sky. Plus, local people often march the streets holding traditional lit lotus flower effigies or parade the streets playing instruments and dancing in celebration of the final day of the Tazaungdaing Festival. Festival of light in Myanmar has its own unique and distinctive beauty. These festivals are 2 of many specific-culture festivals in Myanmar, which contributes to make a rich and diverse culture for the beautiful country. 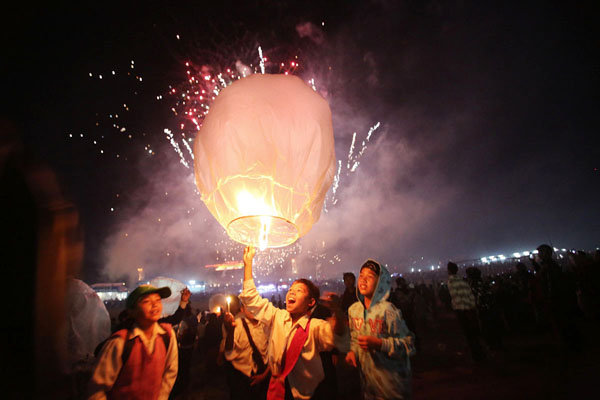 Thadingyut Lights Festival
Thadingyut Lights Festival is held from 14 to 16 May Thadingyut. According to the legend, after the Buddha was born, his Mother – Maya died then she was reborn in the Trayastrimsa Heaven. To show his gratitude to his mother, Buddha preached Abhidhamma to his mother for three Lenten months. When he was descending back to the mortal world, three precious stairways were made of gold, silver and ruby to welcome him and his disciples. Thus, Thadingyut is celebrated to welcome the Buddha by Buddhists. The streets, houses and public buildings with colored electric bulbs or candles represent those three stairways. During the festival, local people have many activities in streets. This is the occasion for people to joy, but also to give thanks and pay homage to parents, elders and even teachers. 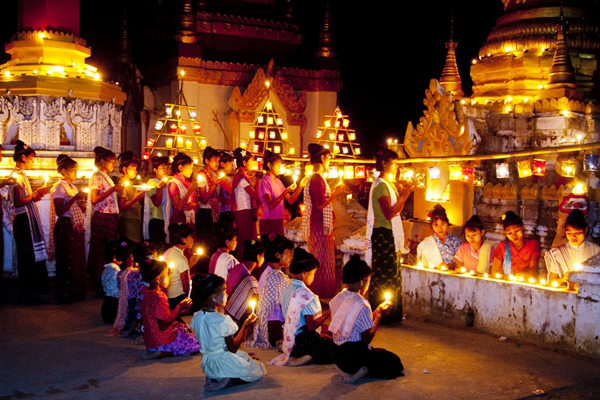