Travellers have been leaving behind the bustle of lowland Myanmar and journeying up the scenic mountain road to calm Pyin Oo Lwin, a former colonial-era hill station, for more than 100 years. Its moderate temperatures first drew British colonial officials in the 1890s, and the city’s refreshing feel appealing architecture and natural beauty continue to attract foreign and local visitors alike.
Pyin Oo Lwin is located more than 1000 metres above sea level in the Shan mountains, and many travellers first arrive from Mandalay, which is situated in the lowlands nearby. While the two cities are only 67 kilometers distant, they feel a world apart. While Mandalay marches on to being a modern developed city, Pyin Oo Lwin has done well to nurture and build on its past.

The central intersection in town is marked by the Purcell Clock Tower, built in 1936. Many Myanmar visitors, however, breeze right past it to make sure their first stop is the gold-coloured Maha Ant Htoo Kan Thar pagoda to the northeast. With proper respects paid, visitors branch out to take in the other sights.
There are several days’ worth of places to see, in and around the town. When I visited, however, our party had limited time. A lengthy afternoon picnic at Pyin Oo Lwin’s famously scenic Kandawgyi National Gardens had also been scheduled, for which the requisite Myanmar wines had already been enthusiastically purchased.

We still managed to make it some sights around town. The Peik Chin Myaung cave further to the east are comprised of surprisingly long tunnels full of Buddhist imagery. While most of the statues inside are modern creations, it is a popular site with locals and the caves themselves are quite accessible. I lingered casually at the entrance-way in an attempt to build up the necessary courage to proceed and was promptly put to shame by two knee-high boys, who flitted in unworried past me. The tunnels proved to be pleasant going, being well lit and not too narrow. I caught up to the boys around the third bend, and had the last laugh when the sudden appearance of two glaring dragon statues caused them both to beat a hasty retreat. 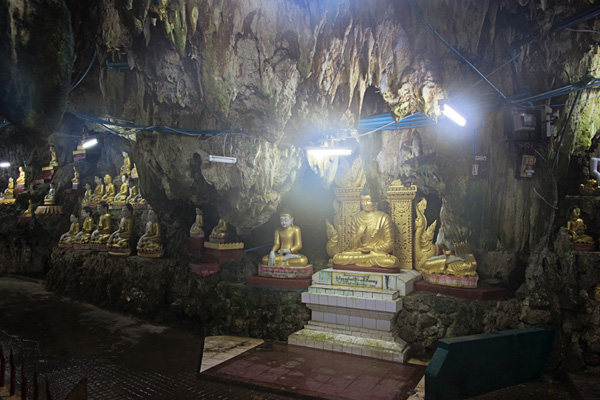 Tired of attempting to match the courage level of the two six-year- olds, my party and I decided on a light mid-morning meal at an outdoor restaurant called December Garden. The areas around Pyin Oo Lwin are well known for their strawberry farms, and the fresh shakes were indeed the highlight. Suitably refreshed, we headed into town for a stroll.
Pyin Oo Lwin was founded in 1896 as a British military post. Originally named Maymyo after Colonel May, a British colonial officer and veteran of the Indian mutiny, the city often served as a summer retreat for the government during the colonial period. Although Pyin Oo Lwin has changed significantly since then, there are numerous reminders of this heritage sprinkled throughout. A number of beautiful colonial buildings can be found to the south of town, while pony cart taxis still ply their trade for locals and visitors alike.
The residents of Pyin Oo Lwin are often descendents of colonial-era soldiers and officials from India, but also include a mix of Burmese, Chinese and Shan people, along with many other groups. This makes for a delightful range of downtown restaurants and shops, with more upmarket eateries located to the south. 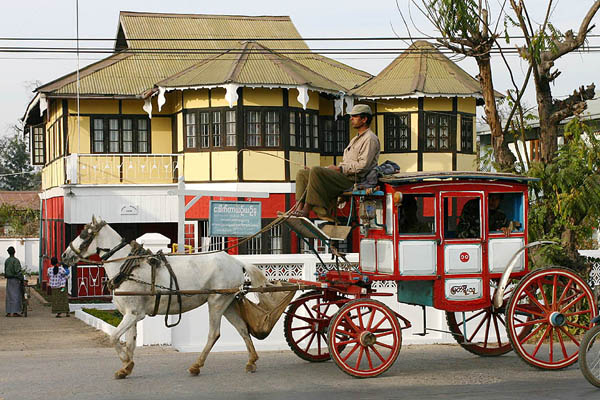 The last stop of the day was the well-known Kandawgyi National Gardens. Founded in 1915, it has been continuously improved, with notable rose and orchid gardens, an aviary and a picnic area centred on a serene lake. During a pleasant rest in the shade, I couldn’t help but notice the garden’s horizon was punctuated by a strange inverse cone rising above the trees. Although my companions had visited the gardens dozens of times, they were equally flummoxed by the shape. A quick map consultation claimed it was a . 10-storey sightseeing tower, and I struck out for it before I fell asleep in the shade.
The suitably bizarre-looking tower is free for foreigners but not locals, but one companion claimed to be my tour guide and so was admitted free of charge. From the top of the tower, the Shan mountains seem to stretch on forever to the east, but the slowly setting sun to the west reminded us it was time to leave Pyin Oo Lwin and return to Mandalay. 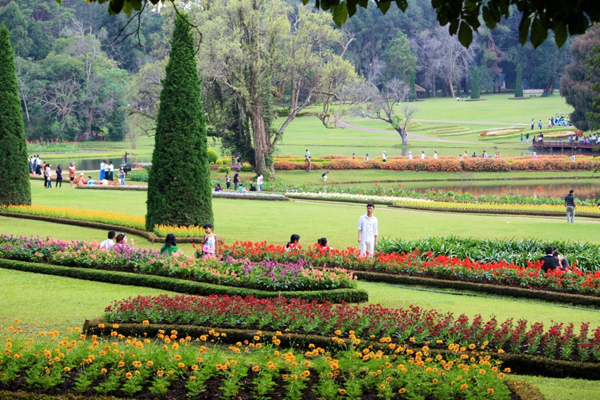 From Chiang Mai, Thailand to Myanmar