Yadanarpon Mandalay was the last capital of Myanmar’s Konbaung dynasty, and was founded six days after the full moon of Kasone in the Myanmar year 1221, or 1859 in the Western calendar. While the historical records say the city was established through the largesse of King Mindon, nobody can deny that the effort and ideas of his younger brother, Prince Kanaung, were also important. Not least because King Mindon removed his older brother King Bagan from the throne with Prince Kanaung’s martial prowess and mental faculty, enabling him to shift the capital from Amarapura to Mandalay. 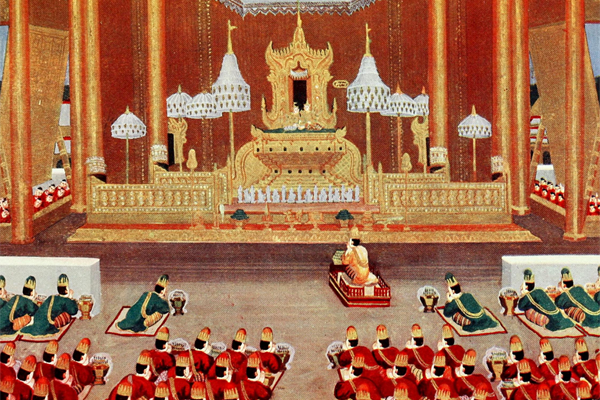 After helping build up the new capital, the prince was honored with the title Thiripawaya Maharthudhama and he focused on transitioning Myanmar into a modern nation. There was good reason to launch this reform effort: With their superior technology, the British had easily captured lower Myanmar during the Second Anglo-Burmese War of 1852. The future of the kingdom was under threat, and Prince Kanaung expected battleships to come up the Ayeyarwady River at any moment.
While King Mindon focused on politics, diplomacy and religion, Prince Kanaung worked hard to transform the kingdom’s armed forces and industry. He chose 90 of the best scholars to travel abroad to learn the latest industrial sciences. More scholars were sent later and a five-year project was drawn up, under which more than 50 factories were established around Mandalay. Mills for rice, sugar, cotton and timber, an iron works, and factories for weapons, weaving, indigo, cotton spinning and printing were set up. On the banks of the river, a naval yard was built to turn the Myanmar navy into a modern force that could challenge the British if necessary. 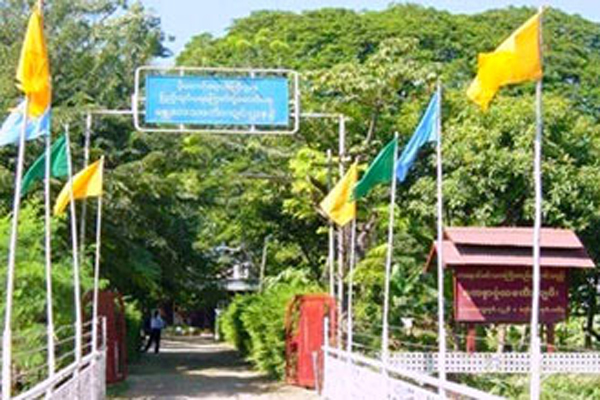 To establish the modern Myanmar navy, Prince Kanaung built the Yadanarpon Dockyard – then known as the Yadanarpon Factory – in 1864 on the Ayeyarwady River near the Pan Satt gate on the western side of the capital. As a sign of its importance, the prince assigned his own son, Prince Thirimahar Thudamayazar Makhayar, to manage it. While historical accounts tend to criticize the monarchy for allowing the country to fall into the hands of the British, the farsighted efforts of Prince Kanaung to avoid this fate by raising the kingdom’s industrial capacity should not be forgotten. The machines used in the Yadanarpon Dockyard were mostly bought from the Dandafs and Smith companies of Scotland. Altogether 127 staff were appointed to the factory and paid with a salary of 2855 tins of paddy. The dockyard was able to start producing ships by 1870 and launched the first steam-engine vessel with a teak hull on September 7, 1870. The ship was 180 feet long, 24 feet wide and 6 feet in depth. The engines for ships were bought from the Mackenzie and Dawson companies among others, and two similar ships were launched at a ceremony on June 10, 1871, with royal patronage. Another battleship, this one armed with 14 cannons and built by carpenter Sayar Shan, was launched on July 2, 1872. The cannons were all fired during the ceremony. Four more ships had been launched around February of that year. These had all been made from teak, and the first iron-bodied ship was inaugurated on September 9, 1873. It used a rotor-fired engine and the Makhayar and Shwe Ku princes attended the grand launch ceremony. In 1875, a military parade was held to celebrate the launch of a river cruiser with 12 cannons, while shortly afterward another ship with 14 cannons was launched, journeying up to Bhamo in Kachin State that April. 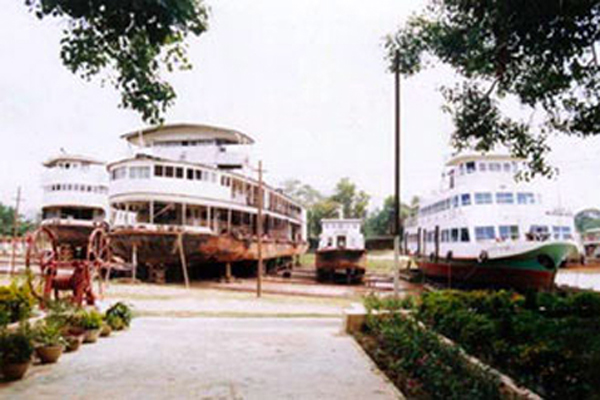 Under the stewardship of Latt HtatTaw Gyi and Latt HtatTaw Lay, the ship factory established by Prince Kanaung prince produced 18 battleships and passenger vessels. It should be considered an important landmark in our history. When the capital was captured by the British, a British company bought the 18 ships and all iron stock for 45, 0 kyats.
After independence in 1948, the Myanmar government nationalized the dockyard and renamed it again the Yadanarpon Dockyard. Since then it has been responsible for repairing local vessels. Ironically, given its association with war and the tumultuous history of upper Myanmar since its creation, the closest the dockyard came to destruction was in the 1990s when the government planned a new circle road that ran through the yard. The road was part of a large urban renewal project launched in Mandalay by the military regime, which proposed to move the dockyard to another site. It was eventually saved from this fate because of the efforts of some dockyard officials and local historians, who raised awareness about its historical significance. 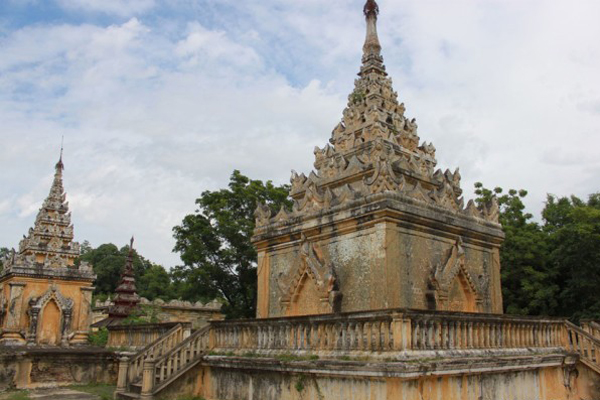 While historical records say 50 industries were set up during the reign of King Mindon, few are well known today except to historians. Visitors to the Mandalay Palace can see the remains of the mint near the tomb of King Mindon. What is today a beer factory on the northern side of the palace was formerly a munitions factory. More factories were in Na Be Kyu quarter, on the western side of the capital, while others were to the east of the palace. Others were further afield; the iron works, which has been replaced by a lighter factory, was at ShweTaung Oo Maw quarter in Sagaing on the other bank of the river.
Unsurprisingly given its large weaving industry, the indigo factory was based at Amarapura. The Yadanarpon newspaper office and printing press was on the southern side of Shwe Kyee Myint pagoda, in Anaukpyin Pyay-gyi KyatThayay quarter. The cotton factory was near Gaw Won gate on the western side of palace, while the sugar and sawmills were at Pipe Kyune.
Most of the factories have disappeared, however, while others have changed to produce new items. In contrast, the Yadanarpon Dockyard remains at its original site, 150 years after it was founded. Despite changing hands several times, it retains pride of place at the centre of Myanmar’s shipbuilding industry.