Myanmar Airways is on the verge of taking to international destinations once again, two decades after turning inward to focus on the domestic market. The airline is expanding, adding planes to serve both its domestic routes and its planned regional expansion, said Deputy General Manager U Htin Linn.

“You know Myanmar is booming, ” he said. “We are planning the routes, the aircraft, maintenance, commercial, sales, reservations, every sector we need for the regional flights – we’re planning everything. ”

While the airline has not flown regionally since 1993, it has a long history in the domestic market.  The sole state-owned carrier in the country, Myanmar Airways, traces its history to 1948, when it was set up as the Union of Burma Airways.
The airline began regional flights in 1950. The airline was reformed as a Board under the Union of Burma Airways Act of 1952. In the year 1972, the airline was again reorganized as Burma Airways Corporation and again in 1989 to Myanmar Airways. Until 1993 the airline serviced regional destinations, including Bangkok, Singapore and Kathmandu. That year, Myanmar Airways International was launched as a joint venture with Myanmar Airways’participation, and the latter decided to focus on the domestic market. It now flies to 26 scheduled destinations inside Myanmar, and lands at more on a chartered basis. 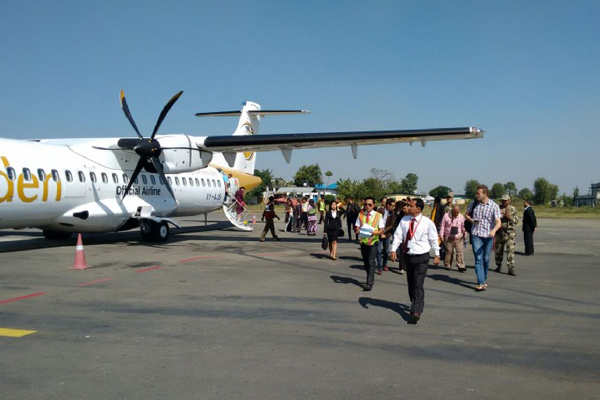 “Myanma Airways is the only government owned airline in Myanmar, so we have to serve our customers and our government, ” U Htin Linn said.
But the government’s new policy is that state-owned enterprises must be financially independent, and it has encouraged Myanmar Airways to expand in order to generate more revenue. U Htin Linn said that while the airline is exceptionally experienced inside Myanmar, it will need new expertise to reach international destinations. The firm has inked an agreement with a subsidiary of American company General Electric, GE Capital Aviation Services, to assist it with modernizing its fleet. The agreement will see Myanmar Airways receive 10 new Boeing 737s, the first of which will arrive in July 2015 and the last due in 2020. It’s not yet been decided which routes the airline will operate on. Choosing to add locations is a difficult process, with profitability and passenger load factors both important factors.

U Htin Linn believes it makes sense to not to try to compete on the most heavily trafficked routes immediately. So, rather than fly to Bangkok or Singapore, the airline is considering regional destinations in north and northeast Asia.
“When our strength and ability grows, then we will be flying to Bangkok and Singapore, ” he said.
Still, the expansion is not without its challenges. Foremost among them is marketing. While the brand is well known in Myanmar, it barely registers in potential markets, such as Japan. A concerted marketing campaign will be required, as well as advances in areas such as online ticketing.
The addition of 10 Boeings is not the only expansion planned by Myanma Airways. It also intends to add to its fleet of smaller aircraft.
“If you are a customer, you will be looking for what is comfortable, what is safe and suitable, what is cheaper, ” he said. ‘These are the requirements we must be filling for our customers. ” 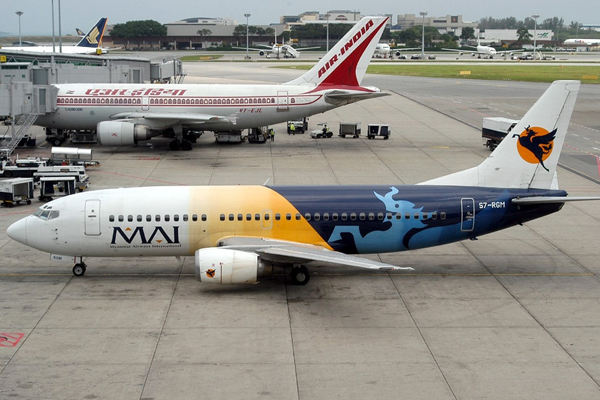 The addition of 10 Boeings is not the only expansion planned by Myanma Airways. It also intends to add to its fleet of smaller aircraft. Currently it has several small Beech- craft and Cessna planes it uses for charter service, general aviation, & sightseeing often for remote airports with short 3000- or 4000-foot runways, and plans are underway to expand these services, which have not been a focus for Myanmar’s other domestic carriers.
Some of this demand from charter services stems from government requests for transportation. Flying government officials is usually not a profit-oriented business, but instead reflects Myanmar Airways’ status as a state-owned carrier. However, U Htin Linn said there is a burgeoning market to fly business people as well and this is only likely to grow as economic development increases in more areas of the country.
The third prong of Myanmar Airways’expansion involves the upgrade of its aircraft for domestic scheduled services. It is negotiating to purchase six planes from French- Italian manufacturer ATR, with the first expected as soon as next year.
U Htin Linn said Myanma Airways’ challenge is to serve the government while establishing and maintaining profitability.
“We must show a profit, because if there is no profit we cannot stand on our own – this is the main thing, ” he said. “We must try to be better and better for the future. ”
Myanmar Airways is going to launch with new name “Myanmar National Airlines” in January 2015. Another project of Myanmar National Airlines already contracted and progressing is the establishment of a Maintenance, Repair and Overhaul Organization (MRO) at Yangon International Airport, Mingaladon.

What To Eat in Mandalay, Myanmar