It was once said that you went to Mandalay for sagar – good conversation – and to Mawlyamyine for asar – good food. Today though, if you tell somebody you are going to Mandalay, you’ll invariably hear in response: “Mandalay! The food is very good there. You’ll eat delicious food wherever you go. ” Honestly, it is hard to argue with this statement. You can find so many different types of food in Mandalay, and there are a large number of very fine restaurants and street food stalls. 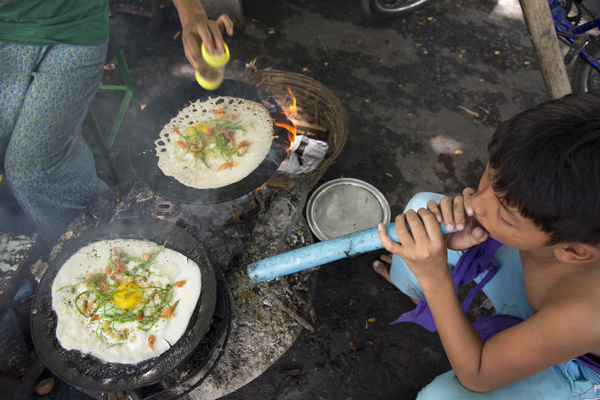 Mandalay is situated on a flat plain next to the Ayeyarwady River and has been a busy and flourishing city for more than 150 years. From Mandalay, you can easily get to Yangon, Pyay or Taunggyi in a single day – and even to Yunnan Province, across the border in China. It’s only a little more than a half-day trip to Mogoke – better known as the land of rubies – while an overnight trip will take you right to the India border.
As a commercial and cultural center for upper Myanmar, Mandalay receives many visitors, and this ensures there is high demand for food from restaurants. They also bring their own food styles but what Mandalay has done remarkably is keep its traditions while also adopting other tasty foods. Below are a few local, dishes that you should make sure to check out during your visit. 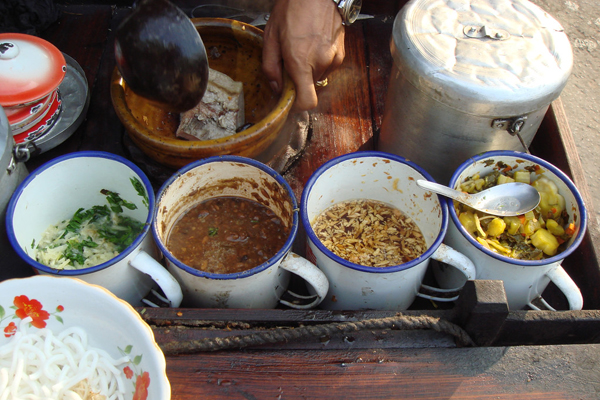 The many traders who visited Mandalay during its heyday, as the capital of the Konbaungera kings Mindon and Thibaw, often brought their own traditional foods to the city. One of these was mee shay, which has been modified slightly to make Mandalay mee shay. This dish is made by taking a small amount of rice noodles and boiling for a while to soften them, and then mixing in a bowl with vegetable pickles, fried flour balls, boiled pork, chili paste and bean sprouts.

Mandalay Htoe Mote La Mote
Nearly everybody who visits Mandalay buys some htoe mote and la mote – sweet cakes made from rice – to take home. Neither is originally from Mandalay – htoe mote came from Thailand, while la mote came from China – but have been in the city since the era of the Myanmar kings. Today there are many different types of htoe mote, including varieties with coconut cream, strawberry and other fruits, thanks to the efforts of the city’s htoe mote makers. U Kaukya and U Gyi were formerly famous brands of htoe mote and la mote, while today Myint Myint Khin and Tin Tin Aye are popular. La mote comes from the Chinese moon-cake but has developed its own taste and style over the past 100 years. 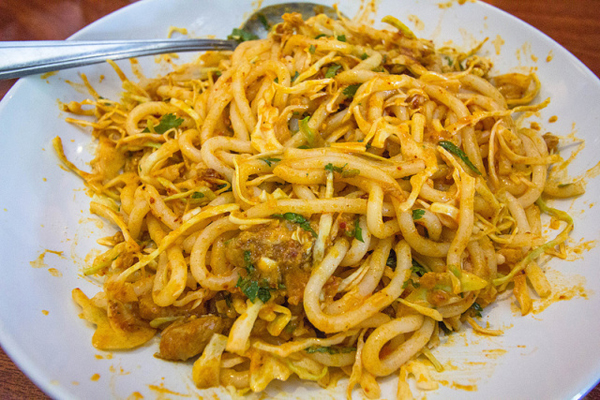 This dish features white-colored noodles made from rice mixed with meat curry, onion oil, fried fish cakes and a few other ingredients. However, the most important ingredient is roasted bean powder. Why is nan gyi thoke so good? As the city at the heart of upper Myanmar, where beans are a common cash crop, Mandalay has access to great bean powder. Naturally, the best bean powder means the best nan gyi thoke. For this reason it has been a popular breakfast dish for many years.

Daw Shi Htamanae
The htamanae festival held in the Myanmar month of Tabodwe is a popular annual celebration during which people make htamanae, a snack made from glutinous rice. Mandalay resident Daw Shi’s htamanae is popular and people enjoy it all year round. Her htamanae is well- known for a generous amount of sesame seeds and for being mixed with black glutinous rice. It is packed in a small box and easy to buy, and its popularity is such that you can see branches throughout the city.
These are just a few of the foods that you can expect to try in Mandalay. Truly, there is much to savor- and bring home as gifts for others. While the city is only 150 years old, it has managed to develop its own distinctive range of local flavors. 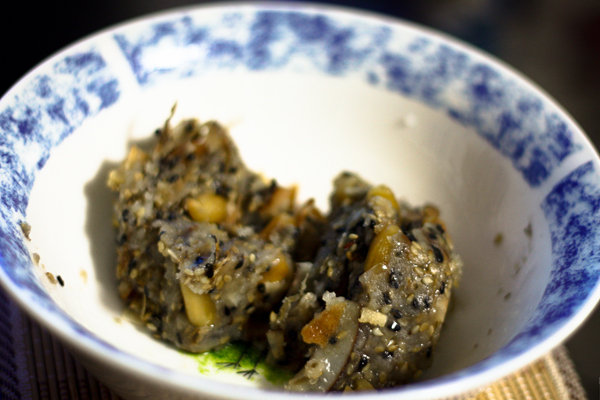 Kho Taung Mote Ti
On the opposite bank of the Ayeyarwady River, near Mingun – famous for the Mingun bell and pagoda, which was the largest ringing bell in the world up to 2000, – there is a village called KhoTaung. Residents from this village cross the river each day to come to Mandalay and sell what is known as Kho Taung mote ti. This is a type of rice noodle salad that manages to keep its flavour despite not containing any meat. The thin noodles are mixed with onion oil and bean powder. Once upon a time you could only buy it from vendors who carried the tray of ingredients around on their head as they walked through the city. However, today you can try it at some of the city’s more famous teashops, like Min Thiha and Shwe Pyay Moe.