Although Myanmar shares the same border with Thailand, China and India, Myanmar’s culinary scene still embodies its appealing array of flavours. While authentic cuisine from Myanmar may not have the considerable reputation as pad thai or Peking duck, what it lacks in fame it more than makes up for in flavour. Thanks to the nation’s rich ethnic and cultural diversity, its culinary scene is the combination of a wealth of tastes and textures from a variety of sources. Myanmar’s neighbors – Thailand, China, Bangladesh and India – all have a strong influence over the flavours that come into play throughout many desirable dishes
In similarity, the highly varied ethnic mix of Bamar, Bengali, Tamil, Nepalese, Shan and Mon communities all exert a strong influence over Myanmar’s favourite foods. Normally, culinary reflects the region’s characteristic so it’s well worth reading up on the regional specialties to ensure you can savour as many delicious delights as possible. 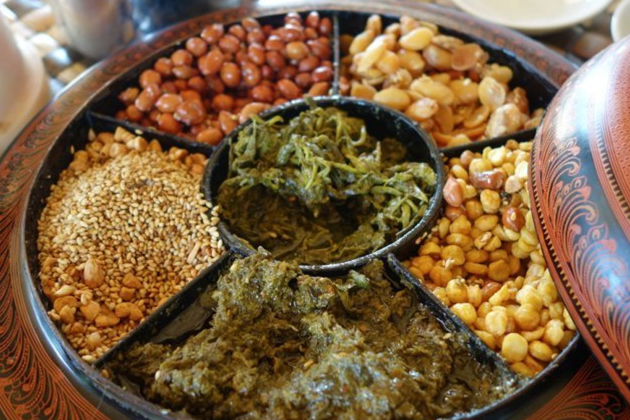 GIFTS FROM CHINA
Chinese cuisine, one of the most ancient culinary in the world, has a significant influence on Myanmar’s cuisine.Throughout the country, a bunch of Chinese restaurants will be found, many of which offer a scrumptious twist on well-known Chinese dishes. Seejeet khao swe is one traditional dish that is infused with enchanting Chinese flavours. This tasty mix of wheat noodles, duck and diced scallions is fried in garlic oil to create a hearty meal. However, for those seeking something tasty to satisfy a sweet tooth, shwe yin aye – a creamy concoction of agar jelly, sago, tapioca and coconut milk – will hit the spot.

INDIAN INFLUENCES
Myanmar’s cuisine takes plenty of inspiration from culinary of India where curry is regarded as one of the main ingredients. Besides, the herbs, pulses and cooking techniques of India became part of Myanmar’s culinary repertoire long before fiery Thai flavours or crisp Chinese vegetables entered the scene. Food outlets run by Indian families can be found everywhere, serving up everything from delectable biryanis to familiar vegetable samosas. The concentration of Indian restaurants in Yangon is higher, and traditional flatbreads and daal commonly serve as a typical breakfast in the city. For the best Indian-inspired food, head to Anawrahta Road or Mughal Street. There are also plenty of vegetarian eateries here for those who would prefer no meat. Bhajis, pakoras and dosa crepes are just a few of the snack-type foods on offer before you indulge in the full curry and rice experience. 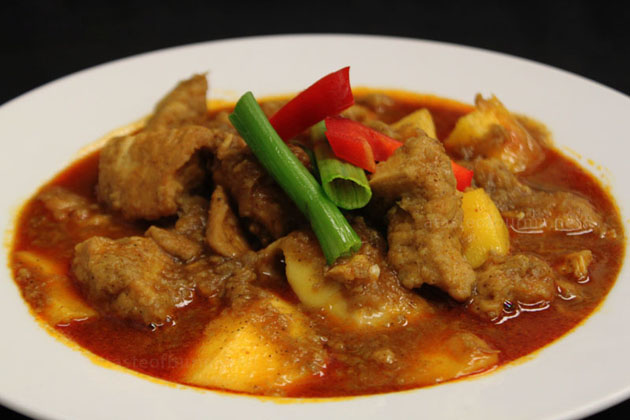 Regional & Ethnic Variations
Regional culinary has contributed to the diversity of Myanmar cuisine. Local cuisine can be broadly broken down into dishes found in ‘lower Myanmar’ (roughly Yangon and the delta), with more fish pastes and sour foods; and ‘upper Myanmar’ (centred at Mandalay), with more sesame, nuts and beans used in dishes.
In Mandalay and around Inle Lake, it is also quite easy to find Shan cuisine, which is somewhat similar to northern Thai cuisine. Popular dishes are k’auq sen (Shan-style rice noodles with curry) and various fish and meat salads. Large maung jeut (rice crackers) are common throughout Shan State.
Mon cuisine, most readily available in towns stretching from Bago to Mawlamyine, is very similar to Burmese food, with a greater emphasis on curry selections. While a Burmese restaurant might offer a choice of four or five curries, a Mon restaurant will have as many as a dozen, all lined up in curry pots to be examined. Mon curries are also more likely to contain chillies than those of other cuisines. 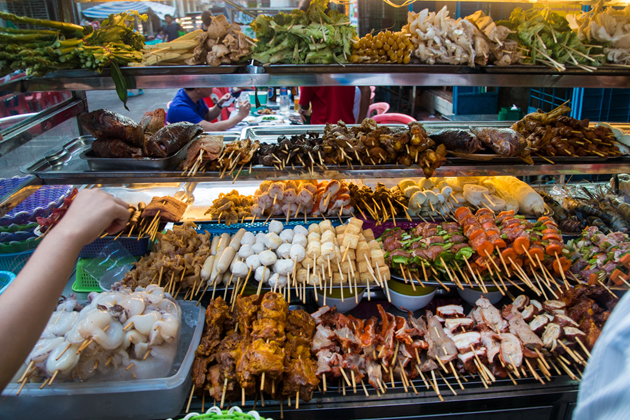 Best Places for the First Trip in Myanmar