Offering high-quality Myanmar cuisine so it appeals to all guests, both local and foreign, is fraught with danger. Change it too much and it becomes inauthentic; stick too close to the traditional and you run the risk of making it inaccessible to travelers who want to sample traditional food. It is a challenge that many have taken up and failed.

Padonmar strikes that balance with aplomb. Its extensive menu has enough to keep everyone happy, from those who eschew red meat to patrons that might find fish paste and dried prawns a little too much to handle. The highlights are long and varied. The deliciously soft and sweet pork with mango pickle is a perennial favorite, while the smoky grilled aubergine, or eggplant, salad is a must-try. The hilsa surprise is – well, you’ll have to try it – while the beef curry with spring potatoes melts in your mouth. The giant river prawns have to be seen to be believed. For appetizers, try the nga tha-lè htoe kyaw, or deep- fried small fish served with lime sauce. Chicken with gourd, green tomato salad, boiled egg curry – the list of Myanmar favorites goes on. 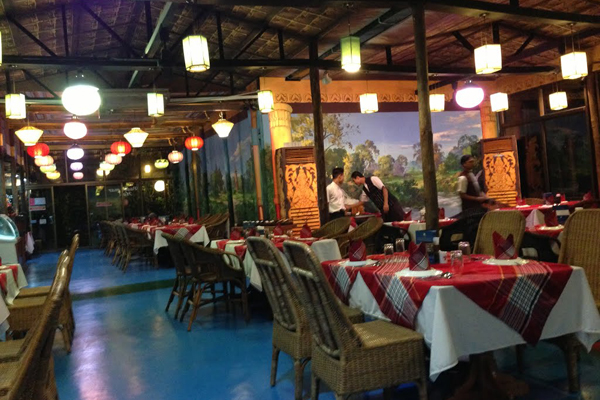 There’s even an extensive Thai menu for those who may have already savored enough local cuisine on their travels. Take your curries with a choice of plain, coconut, lentil or potato rice. The drinks menu is similarly extensive and, along with beer, soft drinks, fresh juices, coffee and tea, includes high-quality locally produced wine. The restaurant uses only the freshest ingredients and eschews the large amounts of monosodium glutamate and cooking oil that can be found in a lot of traditional food. 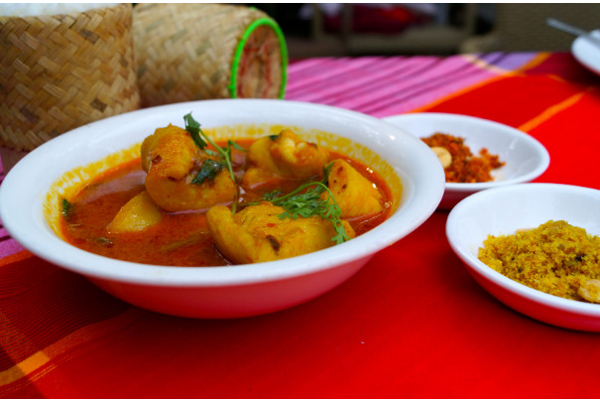 For those who want to get a peek at how the magic happens, the chefs run cooking demonstrations and classes on request. The restaurant also offers delivery service and catering for outside functions. The food is undoubtedly a highlight, but the ambiance and setting is equally attractive. Established in 2003, Padonmar moved to a two-storey colonial-era home in the diplomatic quarter in 2010, not far from Shwedagon Pagoda, People’s Park and the National Museum. Its current premises has several large private rooms, decorated in the traditional style, that can cater to groups ranging from nine to 35 guests.
For a touch of informal dining, sit downstairs in the Mandalay bar, savoring a trademark Padonmar rum sour before your meal. Even larger groups and functions can be catered for in the Padonmar Hall, which has up to 120 seats. The wonderful garden is also perfect for everything from romantic dinners to large groups, depending on the time of year – the long rainy season from June through October makes al fresco eating somewhat difficult. With the long opening hours – from 11 a.m to 11 p.m, you can take your time, enjoy the meal and soak up the atmosphere.

What To Eat in Mandalay, Myanmar