Myanmar (so-called Burma) has opened its door to the outside world since 2012 and quickly become a fascinating destination because of not only its beautiful landscape but also smiling and genuine manners of the Burmese. Tourists are always warmly welcomed and helped out in the unspoiled country.
Landscapes
Being a Buddhism country, Myanmar preserves a range of grand Buddhism architectures of the pagodas and temples located over around the country such as Shwedagon Pagoda in Yangon, Kyaikhtiyo Pagoda, Temples in Bagan, Mahamuni Temple in Mandalay and so on. 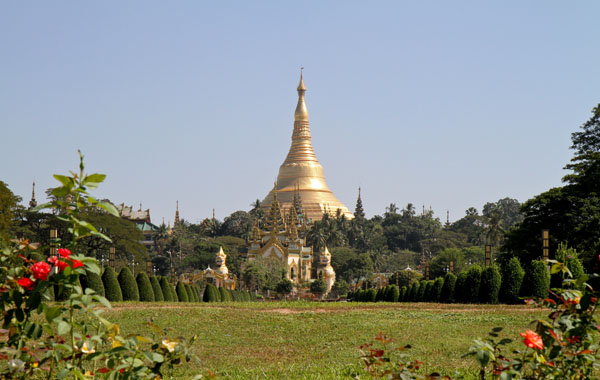 The most famous pagoda is named Shwedagon Pagoda – the 2,500 years old pagoda, covered with hundreds of gold plates and with 4531 diamonds in the top of stupa. It will be not perfect to visit Myanmar without contemplating this wonder of the religious world. 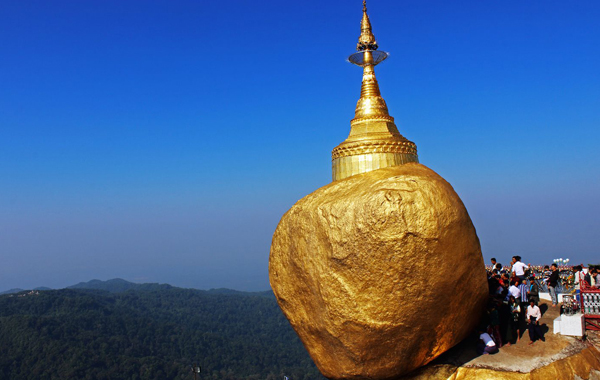 The huge Golden Rock in the Mount Kyaiktiyo also attracts a lot of international tourists. The legend said that the Golden Rock is perched precariously on the strand of Buddha’s hair. It offers a breathtaking panoramic spot and marvelous sunsets sightseeing in Myanmar.
The temples of Bagan over the centuries built on the plains surrounding the capital were mostly opened up to the public. Discover Burma culture? Do not forget this holy architectural ensemble. 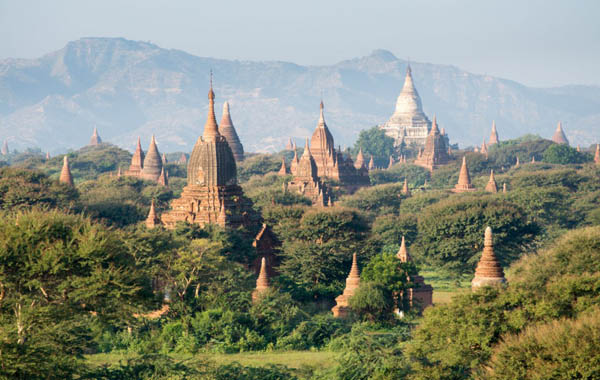 An overlook of Temples of Bagan

There are a wide range of beautiful places to enter Myanmar culture heart, Inle Lake is not an exception. It measures 22km long by 10km wide and is between two mountain rangers. The picture of immense river, fresh air and the local fisherman steer their boat with a unique rowing style for fishing or for taking tourist on a boat trip to enjoy the inevitable sightseeing, especially the sunsets. 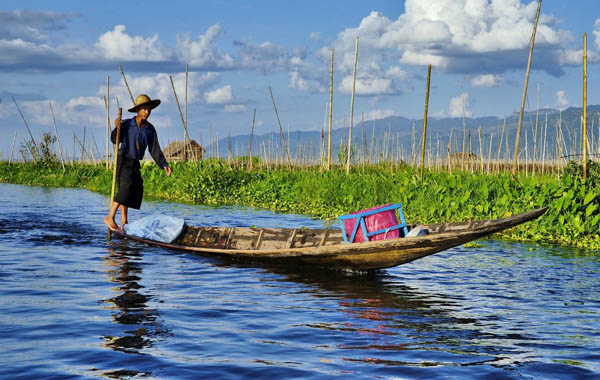 People
The highlight of any tourists’ trip coming to Myanmar is the impression of the Burmese. They are friendly, welcoming and always smile and helpful. In the country, both men and women wear colorful sarongs named longyi. Women make up with thanaka – made from ground bark and used to protect their skin from the sun. 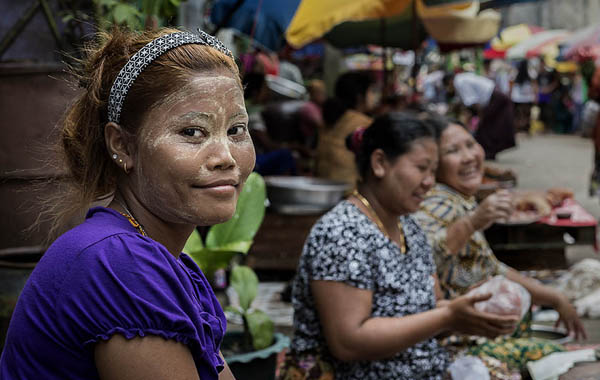 Burmese women with thanaka at market

Tourists will be exiting as if they meet the Burmese chewing betel with the blood red juice teeth. It is a special culture of the Burmese well-preserved until now. Because of Buddhism culture, the Burmese takes their warm heart, their honest and rustic character to win over the world.

Cuisine
Open up after 50 years, the Burma traditional cuisine is definitely one of the new interesting things for tourists to discover. The influence of South and South Asia cuisine in combination with unique ingredients not found in any other countries make special and tasty Myanmar dishes. Do not leave them behind if you come to explore Myanmar. 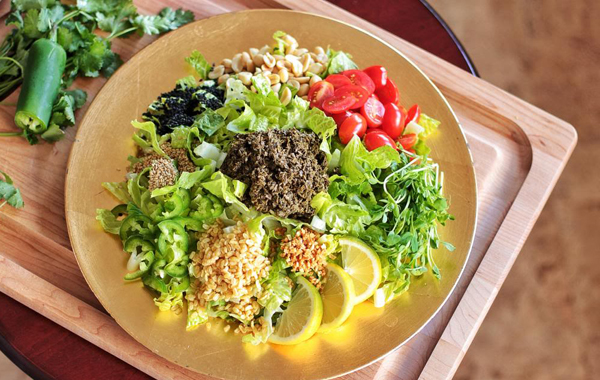 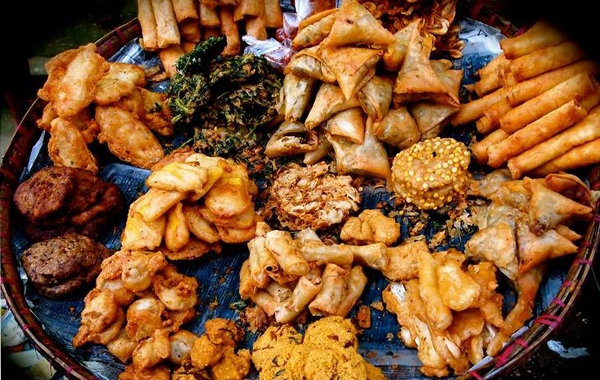 Dried-deep stuffs on the street 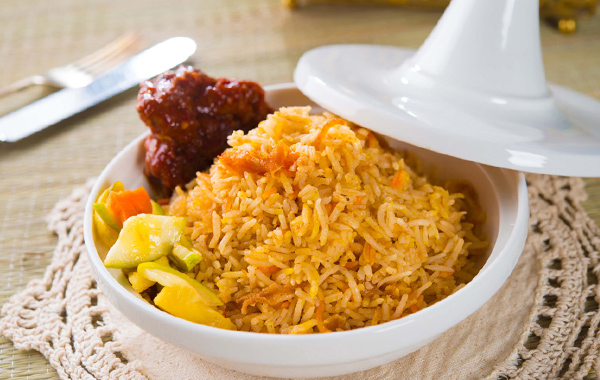 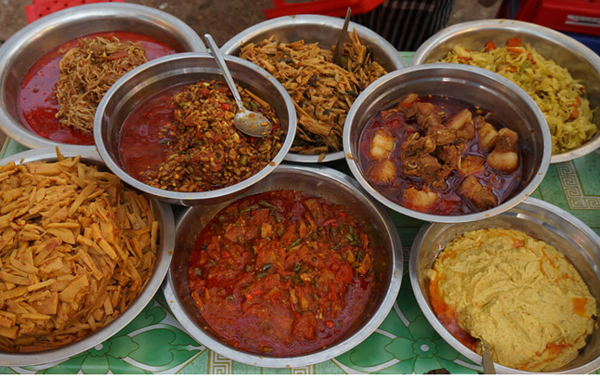