Origins of Chin Lone – The National Sport of Myanmar

Chin Lone, which means “rounded basket”, a traditional game of beautiful Myanmar has been co-existed with the locals since the time immemorial. The origins of chinlone are considered to follow the ancient Chinese game of “tsu chu”, recognized by FIFA (football’s world governing body) as being the oldest form of football in recorded history. 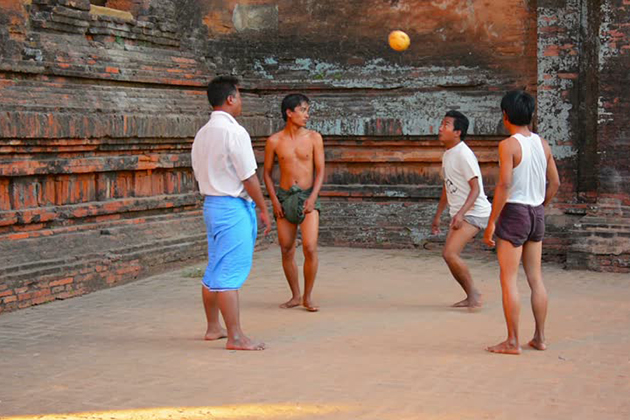 How to play Chin Lone Sport

This is a game in which a four-inch cane ball is tossed and kicked around by a good player or a team of players in the circle. Due to the material used to make Chin Lone (cane or rattan) is profuse in many forests of Myanmar, very light, resilient but long-lasting chinlone are cheap and easily available at any village stall. 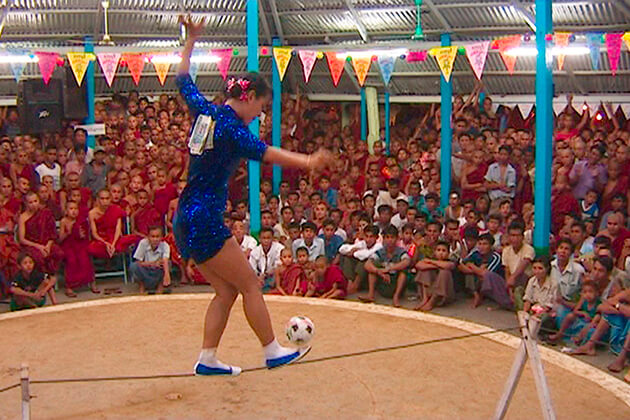 Foreigners consider chinlone as Myanmar football as people use many parts of their body except for their hands to toss, kick and keep the ball in the air as long as possible. However, unlike soccer, there is no formal scoring and no goal to shoot in Chin Lone playing and no fixed number of players. This game can be played by any number of players, from 3 to 10 players forming a circle and avoid the cane-ball falling on earth. All age groups play this game joyfully, mostly in rural and suburban areas. Some virtuoso in this art can display her extraordinary talent for tossing and keeping the ball for a very long time, and show different kicking styles, sometimes combining with using cane rings at the same time. Foreigners are usually in awe and applaud while watching a person standing on one leg all the time, taking every possible posture and movement to keep the chinlone in the air or to prevent it from touching the ground. Chin Lone requires the players to make a number of endeavors to toss, kick and bounce. 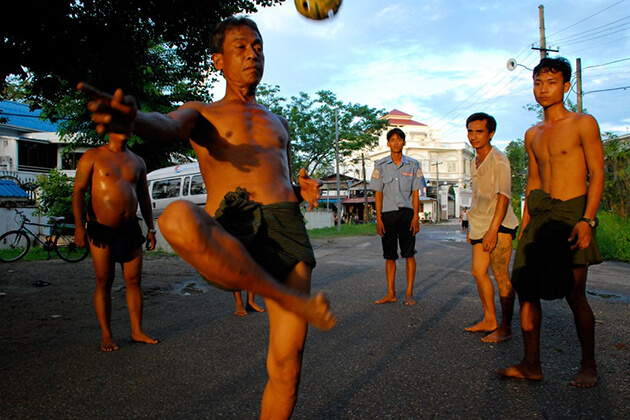 Chin lone traditionally is considered as the men’s daily pastime. Myanmar people played Chin Lone as a way to do exercise when the back and limbs got cramped due to sitting, working and standing for too long. Since the aftermath of the war, both men and women could play it. While playing this sport, they normally wear shorts and canvas shoes. While Chin Lone playing provides men with a good chance to show off their masculine physical beauty, especially if their body, hands, and chest are well tattooed, women play chinlone to display feminine body elasticity and skills in playing it
Chin Lone playing is usually accompanied by music at festivals. Take a trip to Myanmar in July, you will have a chance to witness the Chin Lone competition between two teams. A band of percussion and wind instrumentalists continuously play while the Chin Lone play is on. The music changes its tempo in harmony with the movements of Chin Lone and players. A skillful player can play with four to eight Chin Lone using all possible tactics to keep them on or around his or her body. 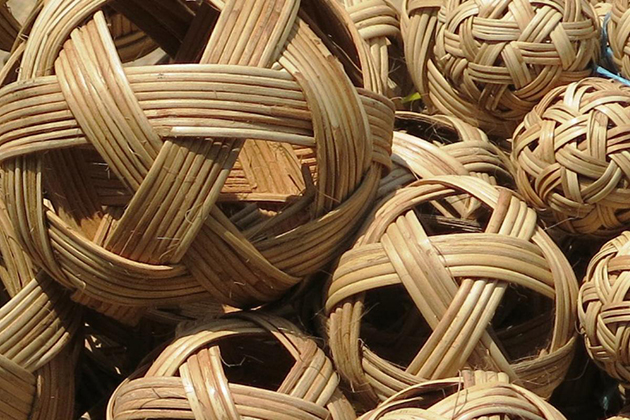 No one could know exactly when chinlone playing emerged in Myanmar. But this kind of sport has become an indispensable part of the locals’ lives and exists deeply in their hearts.
See the video of Myanmar Waso Chin Lone Festival