October marks the end of the rainy season in Myanmar, witness the considerable fall of temperature and rainfall, see the begin of festival season in Myanmar with a wide range of national and local festivals.

The Festival of Lights

Time: From 14 to 16 May Thadingyut
Duration: 3 days
Location: Nationwide
Meaning: The festival of lights is celebrated the anniversary of Buddha and his disciples return from celestial abode.

This is perhaps one of the most vivid festivals in Myanmar where people light up thousands of candles and lanterns. The Festival of Light celebrates the time the Buddha back to Earth after preaching at 3 months of lent. The Buddha returned at night, Buddhists lit up to welcome him. During the festival, people decorate their houses with colorful candles.
Taking Myanmar trips this time, you will see pagodas, houses, parks, and streets are illuminated. People take part in many amazing activities in the streets. It is also the time for Burmese to give thanksgiving and pay homage to monks, parents, and elders. The festival also marks the end of the Buddhist Lent. 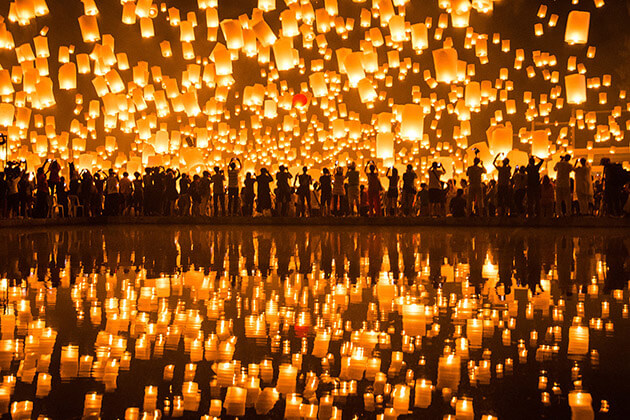 This festival is held to respect the giant Buddha statues carved from marble, which took place at the same time as cane ball contest.
Many Buddhist religious ceremonies are taken placed during the festival. A huge number of dishes and merchant stalls sell various items from religious iconography, traditional dishes to household goods. Besides, pilgrims and participants in the festival will donate money, grain or other items to the pagoda. 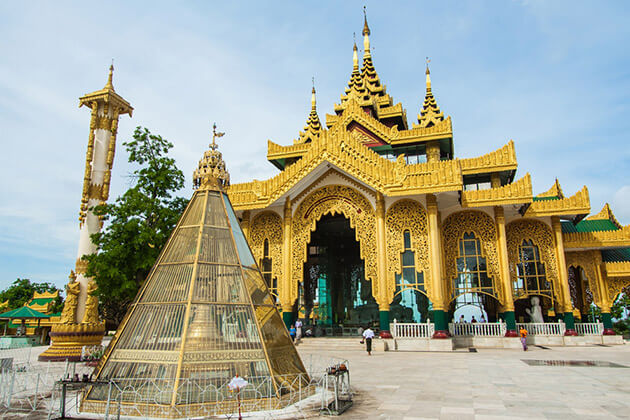 The first day of the festival is the competition of elephant ride made from bamboo, colored fabric and controlled by two people. The second day is the worshipping ceremony with offerings of flowers and food to the pagoda.
The most attractive activity in the festival is a dancing contest. Dancers will wear large, handmade elephant costumes and dance. Dancers will both dance and show their costumes art. 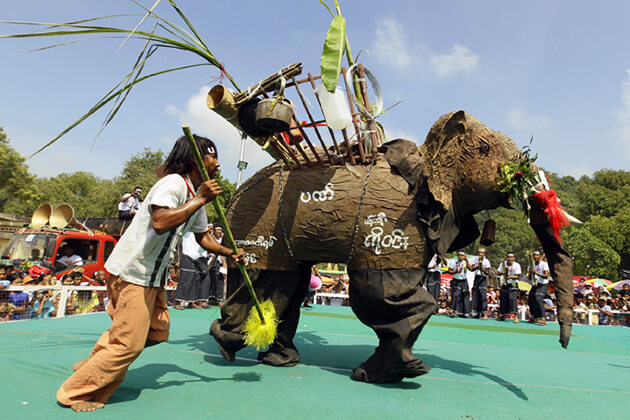 Time: In the full-moon day of Thadingyut month
Duration: 5 days
Location: State Sagaing
Kaunghmudaw pagoda is one of the famous pagodas in central Myanmar. The highlight of the festival is the pilgrims on the traditional ox-carts, they carry the local specialties such as brocades, mats … to sell at the festival in the camping area. 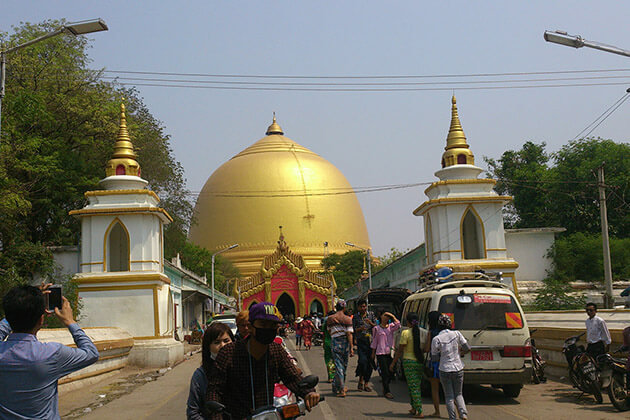 Time: the day after full-moon day of Thadingyut month
Duration: 1 day
Location: Kyin Shwe River, Shwe Kyin District, Bago
This festival is held every year. The daytime of the festival is sailing performances of male and female teams. Attendees will enjoy floating shows of traditional Burmese songs and dances. The evening is the time of main activities, while local people drop hundreds of lanterns down the Shwe Kyin Creek and enjoy displays of fireworks light up in the night sky. 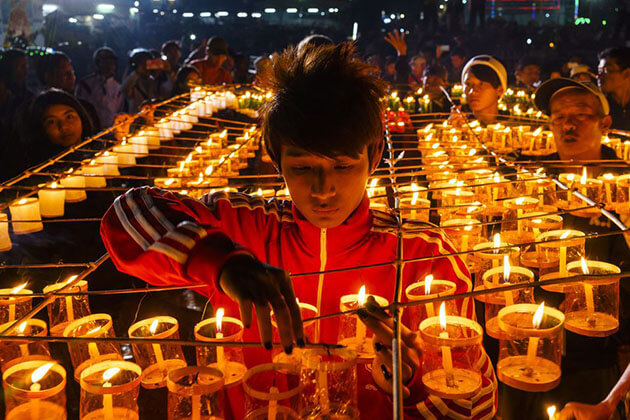