Prices for hotels in Myanmar increased three times since 2011; people called for a beer “sounds like a kiss”, Myanmar’s men wear skirts and no underwear… There are more and more you need before taking a Myanmar trip. Let’s check it out!

New Year (Thingyan) is a major holiday for Myanmar people. “Thingyan” is known as the water festival, takes place between Aprils every year. On this day, most shops, government office… including banks, restaurants and shops are closed. Two city festivals celebrating the New Year here is the biggest city of Yangon and the city of Mandalay (716 km north of Yangon). During the festival, people often smash water into other people to wash away bad luck and sins of the previous year and releasing birds and fish on the last day of the festival.

2. Myanmar has hundreds of beaches

Myanmar has a coastline of nearly 2,000 km. Most of the beaches here are facing west so tourists come here often to admire the magnificent sunsets. The most famous beach is Ngapali with white sand stretches over 3 km, (45 minutes from the city of Yangon by fly), or another beach is Ngwe pristine beauty also called Silver Beach (5 hours drive from Yangon) with a sandy beach stretching 13 kilometers and is considered the longest beaches in Asia. 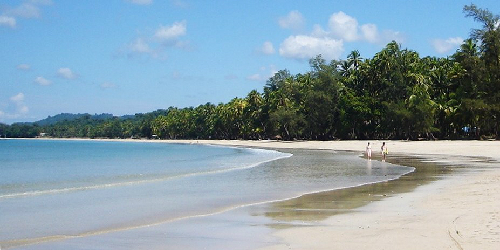 3. The Internet is no longer limited as before

The Internet has been made available in Myanmar since 2000, but the slow speed and very high user charges. Some years ago, YouTube or Gmail was even banned in Myanmar. Recently, the ban was lifted.
Besides expensive to use the Internet, mobile phones and rarely used here because the service charges are too high.
However, recently SIM cards and top-ups can be bought at numerous street-side retailers in downtown Yangon and Mandalay, as well as other larger towns and cities.

4. Bring cash with you

Myanmar has very few ATMs, so bring your best fair amount of cash (USD) when traveling here. And make sure your money is not crumpled, torn corners or trace strange, if not unusable. Credit cards are only accepted at the 5-star hotels and shops, luxury restaurants.

When you want the attention to service personnel, who often Burmese make the sound like kissing for two or three times. Sound likes when you call a cat.
Go down 19th street in Chinatown in Yangon, you will hear a sound like a lot. The narrow street is only for pedestrians are usually where people congregate dining table and chairs right outside sidewalk displays. Beer specialty here is beer Myanmar, with only about 50 USD cent/ glass.

Since this country is open, entrepreneurs and tourists flocking to Myanmar. Visitor numbers increased sharply but the room is still the same, leading to escalating prices. Many new hotels are being built, but it takes several years to be better. As expected, the shortage of hotels in Myanmar will continue for the next 10 years.
However, many hotels quickly newly expanded and upgraded in order not to miss the opportunity to attract more visitors. They extended the construction, repair, but still welcome to stay normal. Therefore, prior to booking, you should check that the hotel is doing what works for booking away from a noisy construction site.

Traditional costumes of Myanmar’s skirt “Longyi”. Men are evil forces at the front skirt, women are evil folded back and sewn on the side.
Especially, in the city, the men wearing only underwear Myanmar under Longyi skirt when you walk along the road. In rural areas, the underwear was less popular with both men and women. “Longyi great. Just a Free Air”, a local man commented fun. This is an advantage, especially in the summer with temperatures up to 40 degrees C.

When you come here you are should eat by your right hand, because the concept of Myanmar, left a hand for activities of personal hygiene.
A typical meal here consisted of rice, fish, meat, vegetables, and soup. Myanmar used to hold hands cover round then eat rice with vegetables. Guests should note that the Buddhists generally avoid beef and Muslims do not eat pork.

The railway tracks here are seriously degraded or made to sit on the train was shaking, but many travelers still choose to go by train as there are many scenic views along the way.

Myanmar’s train is “well-known” for slow and not punctual. Most of the train journey from Yangon to Mandalay takes up to 16 hours without delay. These trains are often a very cold night when the sun off. Buses are always crowded and inconvenient to tourists are often advised to use domestic flights to move.

10. Man who have red teeth, not a vampire

The custom of betel chewing tradition here, most often elderly Burmese have red teeth and they did not hesitate about it. Chewing betel here is including betel leaf, betel nut, lime, but with a little tobacco. Western tourists come here even after the trial has been addicted to chewing betel from Myanmar. 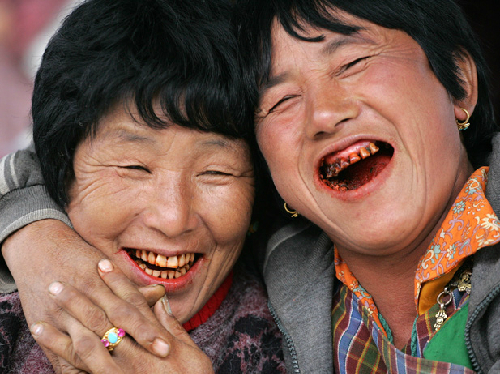