Burmese New Year is called “Thingyan”. Traditionally, the time of the Lunar New Year is the Burmese lunar calendar, but today is fixed from April 13 to 16, which coincides with Easter in the West. Thingyan is the most important holiday of the holiday and is part of summer vacation after one year. Water splashing is considered as one of the most special of this festival and usually takes place during the first four days of the festival. Apparently, all restaurants, restaurants, and shops are closed just for this special New Year. People would like to splash water at each other to clean up the unfortunate and sinful years of the year. In addition, Thingyan is similar to New Year festivities in Buddhist countries like Lao New Year, Cambodian New Year and Thai Songkran.

The traditional makeup powder made of tree bark

So far, Burmese women still use a type of yellow-white cosmetic from ground bark, called as “Tanaka”. Not just protecting protect their skin from the sun, Tanaka also symbolizing the distinctive culture of Myanmar. 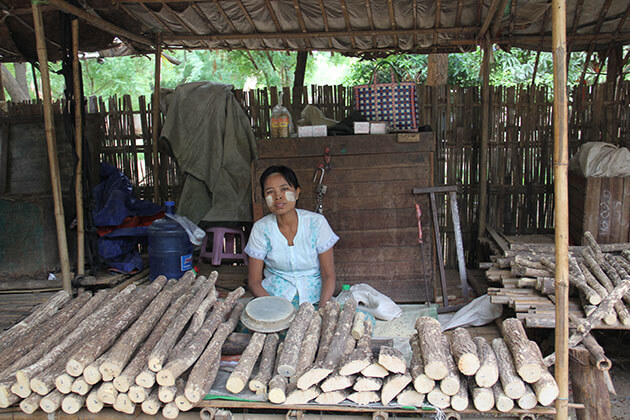 Visiting Inle Lake on a Myanmar tour, you will catch the image of the Intha fishermen rowing the boat by just one leg, and another leg to keep an oar. This is considered the iconic image of Inle Lake

You can use two different currencies while traveling to Myanmar

The local currency of Myanmar is Kyat, $1 = 1507 Kyat right now. While traveling to Myanmar, you can also use the US dollar at many shop stalls.

Carry lots of cash and keep them clean

Although there are thousands of ATMs in Myanmar, it is better for you to carry cash while traveling to some remote villages and had better keep the money clean. Basically, don’t makeup stains, folds or torn even though only a few folds. Just a bit of stain or fold could have made the lost value in Myanmar.
In Myanmar, credit cards can only be used in 5-star hotels or luxury restaurants.

The sound of the kiss to call the beer

When wanting to raise attention to the waiter, the local people would like to make a sound like a kiss, usually two or three “kisses”. That is the reason on the street in Myanmar, you will hear the kissing -sound everywhere.

The traditional Burmese dress is Longyi, a type of skirt wrapped around the waist, for both men and women. Burmese men often tie the fabric at the front while women fold their skirts and attach them to the edges to fix the fabric.
However, many men in Myanmar wear underwear while in rural Myanmar, they do not even wear anything inside. They think that is the way to deal with temperatures always at 40 degrees Celsius. 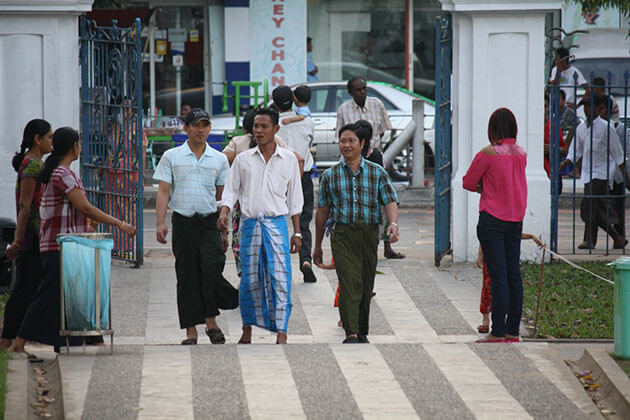 Myanmar has 2,000 km of coastline and one of them is the most beautiful beaches in Asia. These beaches stretch along the banks of the Bay of Bengal, most of them untouched and have not discovered yet. The most famous beach is Ngapali, 400 kilometers from Yangon. 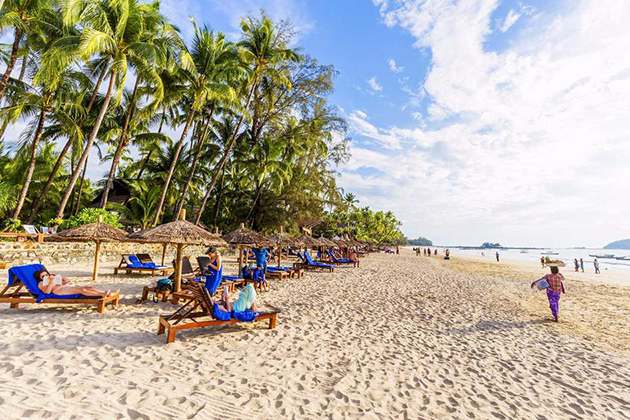 People eat with the right hand

Most Burmese people eat with their right hands. So when you eat or give money to someone, remember to put with the right hand.
Moreover, the Burmese people usually use hand to squeeze the rice into small pieces and mix with other dishes.

There is a newsstand at every corner of Yangon

For many years limited to information, the press is almost the only way Burmese people learn about the world. That’s why every street in Myanmar has a newsstand.

The counters selling betel nuts are everywhere. People like chewing betel continuously to dye their teeth into reddish-brown.