Located to the north-east of Shittaung Pagoda, Mrauk U, Andaw Pagoda is another highlight of the region that captivates everyone’s heart and mind. The pagoda was first erected in 1521 A.D under the instruction of Min Hla Raza and then reconstructed in 1596 A.D because of some damaged sections.

One of the most striking features of the pagoda lies in the tooth-relic of Buddha that belongs to the central tower and originated from Sri Lanka by King Minbin. Characterized as an octagonal shrine structure of pure sandstone, the pagoda structure contains two internal concentric passages, accompanied with fifteen small circular pagodas standing on the platforms of the west, north, and south of the shrine that was built of bricks. The other side of the shrine lies a prayer hall split by a stone wall to make it separate with the outer court. One more remarkable structural feature is the shrine’s east façade which measures up to 31 feet ranging from north to south and 14 feet in height. On the entrance, there are three niches which contain stone images of Buddha. 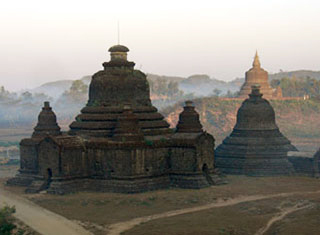 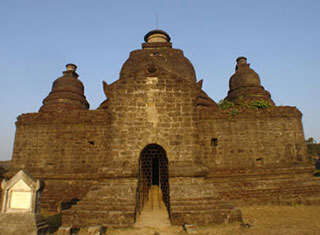 A trip to Lemyathnar Pagoda in your tour Myanmar would not be complete without exploring a gallery that you’ll encounter when passing through the vaulted passage. It is an octagonal shape that runs around the central chamber. Each outer side of the passage is home to a row of four niches. Moreover, there is a stone pillar at the center that serves the function of supporting the roof. Actually, Andaw Pagoda is special in its own way as it was entirely erected with stone blocks, which creates a square-shaped hillock.