The Ruby Land – Mogok is one of the amazing destinations in Myanmar trips. Situated in the heart of Burmese jungle, shows up a small citadel of rubies which is famous for its tremendous resources considered as a hidden treasure of the world that would awaken your sense of exploration.

Mogok – A mysterious city of Myanmar

Located 200km north of Mandalay, Mogok – the “Valley of Rubies” in the north of Myanmar where is famous for supplying 90% of world’s high-grade rubies as well as affluence of other precious stones, is officially open to tourists again. However, a travel permit and a licensed guide are still acquired when visiting this place.
The narrow curling road leading to the city zigzags through the forested hills and up into the clouds, soon after, the tourists will catch the sight of Mogok’s picturesque valley surrounded by gold-colored pagoda spires. Once coming to this land, the visitors would be overwhelmed by the mystery created from the mist around the vale and lost in a fantastic fairyland. Jesuit missionary Giuseppe di Amato, the first European used to live in this area from 1784 until he died, wrote, “It is surrounded by nine mountains. The soil is uneven and full of marshes, which form seventeen small lakes…It is this soil which is so rich in mineral treasures.”

Mogok is the home of some national races such as Shan, Palaung and Lisu who earn their living mainly by gems mining and selling. It is said that the land of Mogok has existed for about one thousand years where human beings began living and working since the pre-historic era. According to local and international geologists, the rock layer of Mogok is considered as one of the most natural rock layers in Myanmar.
The magnificent landscape surrounding Mogok is plentiful of gemstones including pigeon-blood rubies, blue sapphires and even extremely rare stones like painite, hibonite, and poudretteite that have been mentioned in time-honored Burmese literature, as well as the radiance array of semi-precious stones including lapis lazuli, garnet, moonstone, amethyst, peridot, and chrysoberyl. Throughout the hillside, a wide range of gemstone mines from small to huge are scattered surrounding the town. 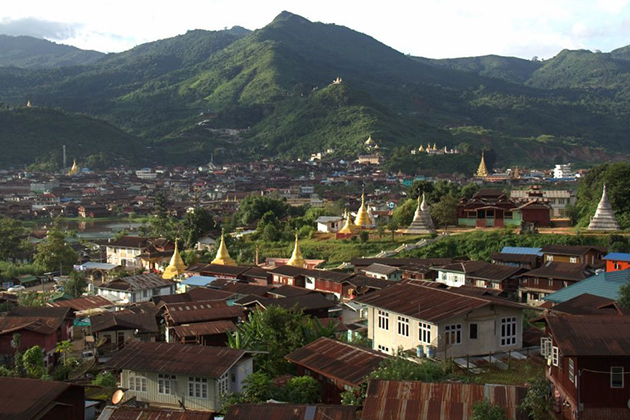 The rubies are extraordinary in terms of both quantity and quality is the result of a phenomenal global geological process, in which the collision of tectonic plates liberated essential substances for the formation of rubies – notably chromium. Together with the clement weather pattern year-round and twelve villages that constitute the city including one-floor timber houses and stores surrounding a lake which used to be a ruby mine, this lovely place worth visiting once in a lifetime.

Traveling around the gem market in the middle of town to watch the busy dealers showing their colorful rubies is the outstanding feature in Mandalay tour. The tourists will easily run into the gemstones put on small bronze plates or sheets of paper sold by amiable women in traditional costumes. The highest-quality gemstones do not show up at the market, of course, but are sent directly to Bangkok or Hong Kong instead.
Myanmar’s developing ruby industry today supplies more than 80% of the world demand. Although there are nations which are also well-known for their quality of rubies such as India, Vietnam, Afghanistan, Kazakhstan, Greenland, Tajikistan, Madagascar and Tanzania, the color of Mogok’s rubies is unparalleled which has a fluorescent red shade, often with veins of light pink. That is the reason why Myanmar in general and Mogok, in particular, known as the “Ruby Land” – is definitely the most dependable resource of peerless high-quality rubies in the world for coming decades. 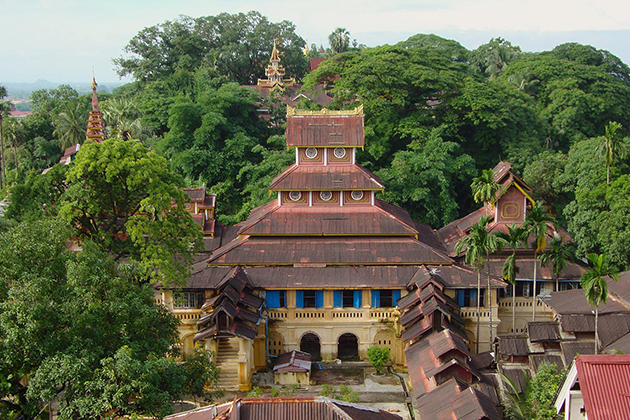 9 thoughts on “Mogok Reopens to Visitors – A Land of Treasures”