Like other Eastern countries, the villages were formed very early in which families play the leading role. Once finding yourself in a Myanmar tour, you will discover that “family” is not a constant definition, that does not only contain parents and children but also cousins, daughters-in-law, sons-in-law, and others.
At the beginning of building a family, a new couple can share their home with the parents of the husband or the wife. Although nuclear families are the main unit, it can include other members of the family such as unmarried siblings or widowed parent.

The definition of members in the Myanmar families is expanded, which contains not only close relatives but also their neighborhoods. Similar to conception’s life of Vietnamese, a stranger nearby is better than a far-away relative, the Burmese people always regard their neighborhoods as a part of their family, which every activity in daily life is partly contributed by them. Therefore, perhaps the word “relatives” in Myanmar is originated with the word “friends”.
Many traditional rituals are maintained in a Myanmar family, which are considered to be an integral part of their spiritual life. 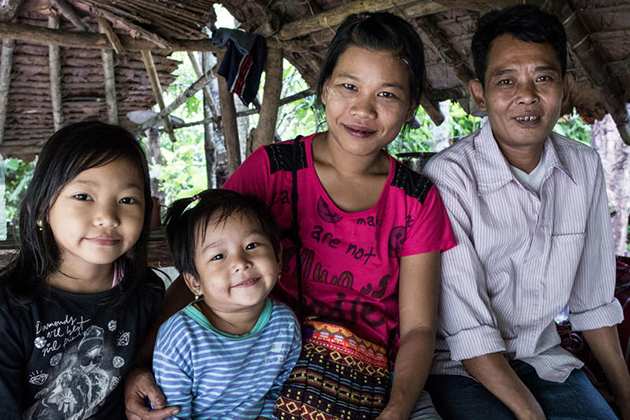 The roles of family members

The husband is nominally the head of the family but the wife has considerable authority to be responsible for most of the household chores. The women manage housework issues while the men have the responsibility of supporting their family. However, in modern life, there are some women who can take on both roles.

Naming ceremony in the family tradition

The lifestyle in Myanmar is unique and people have to follow a great number of family’s rules. Interestingly, this country is not the same as that of other Eastern countries in determining the surname of their children. They are not forced to take the father’s surname or after getting married, the wife’s surname has to convert into their family’s husband name.

After one month, a naming ceremony would be organized to welcome the new member of the family, relatives and neighborhoods will be invited to take part in a small party. Then the baby will be brought to a pagoda where their hair would be cut by monks and showered with scented water which is contained in a silver bowl. Those who attend will drop some silver coins with lucky wishes for the child.

The ceremony for boys in the family

Because Buddhism is the main religion of Burmese, in traditional Myanmar villages, temples are the center of community cultural life. Sending sons to serve the Buddha is still the most important traditional custom for parents. It is believed that boys need to come to the temple for a period of time to save their souls. (In some places, however, this only happens when the child reaches adulthood.) At the pagoda, they were given the maturation ceremony (Shinbyu) to become the “son of the Buddha” (“a son of Buddha”), which is one of the most important events in the life of Buddhism. 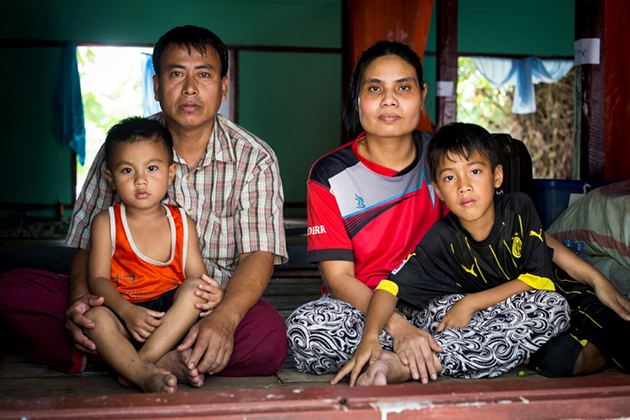 To become a true Buddhism monk, any boy has to experience 3 steps: the first one is hair shaving, wearing a special coat and learning to put the perfect belief in Buddhism. Before going to the pagoda, they need to be cleaned. Besides, the day when the children are taken to the temple is regarded as a family ceremony which their parents usually invite musicians and prepare a lot of food.

In the dignified atmosphere, bustling music with the joy of the whole family, the boy looks like a prince when putting on a white coat, wearing a gilded crown and being ready to go to the pagoda. The child will ride a horse, be held the umbrella by another person and bring a gift package on the way to the pagoda.

After completing all the rituals, the boy’s hair will be shaved by a monk. The ceremony takes several hours to finish, their parents use a white cloth to wrap around the lock of hair which has been shaved and bury it near a sacred place. After that, the boys can come back home to eat “the last meal” – a very big party which has approximately 700 participants and includes traditional food such as bitter bean soup and curry pork.
At the afternoon, the boys have to take part in another ceremony and go to the pagoda where they will be given an orange robe and a bowl to contain alms, which symbolize the non-profit in life. Then, the boys have been admitted to be a new monk in the Sangha of the Buddha. They must stay in the monastery, join a training course at least seven days and has the responsibility of taking care of the monks. Moreover, the boys need to grasp the teachings, study Buddhist scriptures at the same time.

The Burmese believe that human beings can only be completely mature after having been experienced the penance in the pagoda. Therefore, they can have great awareness to keep them away from the evils and grasp the truth of life. That is the reason why Shinbyu is regarded as the noblest rite of Buddhists in Myanmar, which is traditionally organized in Waso month (April of Buddhist calendar coincides with July and August of solar calendar and rainy season in Myanmar).

The ceremony for girls in the family

Natduin ceremony is for young girls in which the girls will wear the first gold bow, get dressed and makeup as a female in the administration of Mandalay King. 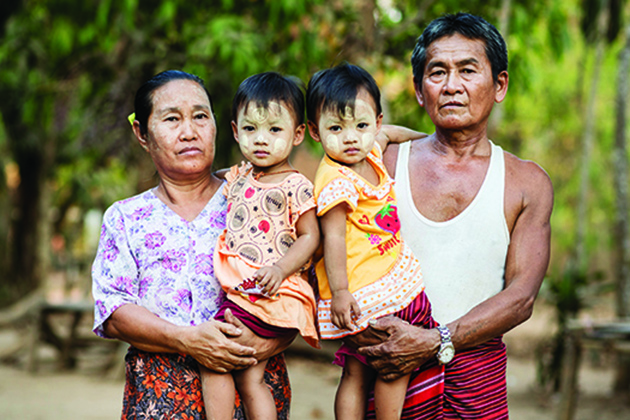 Myanmar and some developing countries such as Vietnam, China, and others have shared the marriage and wedding tradition. However, these still exist differences among the cultures.

In Myanmar society, when a woman and a man fall in love and tend to live together, they are supposed to announce to parents, relatives, and people around. Because the wedding day is a crucial day in the Burmese’s conception, they have to spend a period of time for preparation. To prepare for the wedding in Myanmar, parents will lead them to the pagoda to read their horoscope and choose a good day for the wedding. Besides, they regularly invite the happiest couple among their friends to be the kissing master.

In the wedding party, silk is used to tie hands of the bride and groom, then they share a bowl to eat and bow to each other while people who attend the wedding day prepare presents to help them start a new family such as money or household items. The bride, the groom, and their parents will go to each table to shake hands, smile and welcome the guests to congratulate them. 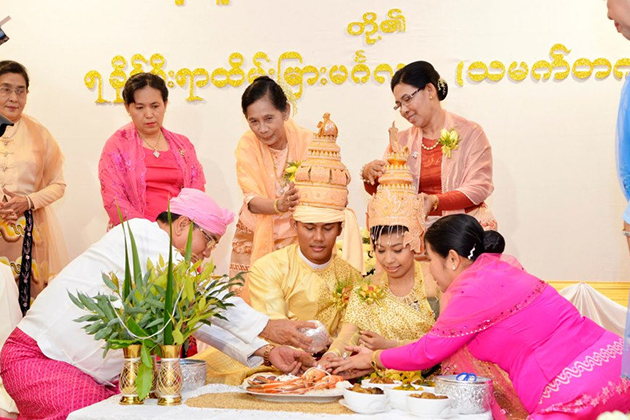 Loyalty, hierarchy or free broken by nature are known as the general characteristics of the Burmese, which is quite the same as the Vietnamese. Therefore, they always try to help the deceased have a comfortable last step with the ideal “the sense of the dead is that of the final”. In the sacred moment, brothers, relatives or close neighbors will be gathered to make the farewells and help the decedent step into the secluded world without loneliness. Before that, the Burmese will have been bathed for the dead, shrouded and bought the coffin. Moreover, It is believed that they will be lucky if they let the dead in the house within a week after the funeral and spend two last day keeping watch to stand by the dead’s bedside before the farewell to bring the decedent to the last resting place.

The mourning family will open their house for seven days with the belief that the deceased’s soul will come out – into the house during these days. Family members and neighbors will protect the house for a week by playing cards at night (so as not to fall asleep). The last day of a week is called Yet Le, and the monks are invited to the requiem whose the main purpose is to let the deceased aware that they are dead and that their souls now are free to go to the best places (paradise or somewhere like that). According to the belief of the Myanmar people, in the first six days, the soul of the dead does not know what has happened to them, however, after the ceremony, they can know it and walk out of the house.

Contemporarily, the people of the land of Golden Pagodas still keep perfectly their family cultures with the lifestyles of agricultural civilization and these of Buddhism. The rituals and behaviors of every Burmese family are their priceless cultural heritage that all generations of people will consciously preserve and promote in the future.