Beikthano City
Beikthano or the Vishnu City is the ancient center of Pyu Kingdom. Its name was transliterated from “Vishnu” language, which means the Preserve. For the casual visitor, there does not seems to be much left at Beikthano rather than the ruined brick structures. Beikthano; however, is well worth a visit on a trip to Myanmar for those who are interested in history and archaeology as it is one of the best examples of early Pyu civilization.
For more details, Beikthano is the second of the Hindu triad and is the oldest of the 3 ancient Centers of Pyu Civilization. Chronologically Beikthano flourished during the 1st to 5th century CE, the second is Thayekhittayar (Srikestra) now called Hmawzar which lasted from the 5th Century to the 7th Century, and Hanlin is the last Pyu Kingdom located farther north in the Shwebo District of Sagaing Division. 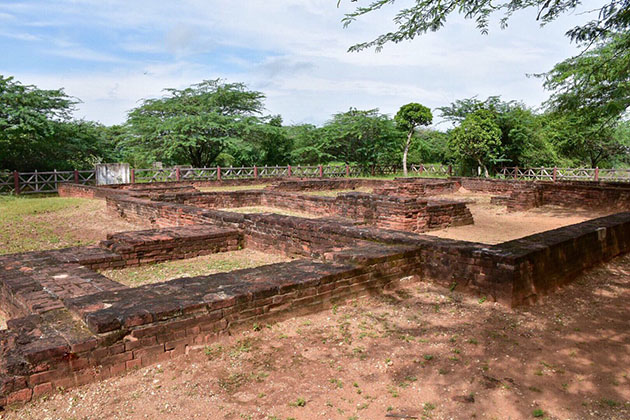 Hanlin City
Hanlin city (or Halingyi-Great Halin) is situated II miles south-east of Shwebo in Upper Burma. Believed by archeologists to have been founded somewhere around the first century CE, Hanlin was the largest and most important Pyu city until around the eighth century, when it was overtaken by a much larger city Sri Ksetra, located near modern Pyay. Some scholars say Pyu culture then gradually morphed into Bagan culture, broadly shaping the society of today.
One passes through irrigated rice-fields on the way may find refresh but then will find themselves in a dry scrubland when approaching the ancient site. There is a group of villages with numerous small modern pagodas to the south of the old fortified city. Especially, this locality has hot saline springs.

Tagaung City
Tagaung is situated on the east bank of the river Ayeyarwady, 127 miles north of Mandalay and 56 miles north of Shwebo. It was the ancient capital of the Pyu, who were the forerunners of the Burmese people. Its history is steeped in myth and legend. The city is said to have been founded in 850 BC by King Abhirajaof the Sakya clan from Kapilavastu in India, before the time of the Buddha. The civilization of the city dates back to the early Christian era with Pyu culture. 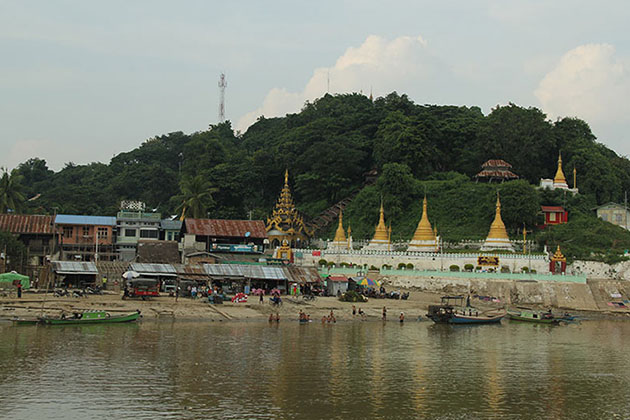 Nyaunggan City
Nyaunggan is located in Budalin Township, Monywa District, Sagaing Division. A cemetery, near Nyaunggan Village, Budalin Township was excavated during two field seasons in 1998 and 1999. The excavation involved five pits. Most of the skeletons with bones in situ were extended and supine primary burial although there was one secondary burial consisting of a skull in a large pot. The skeletons except for the two buried in the same orientation laid with their heads to the north. The two skeletons (NK III M-4. NK IV SE-6); however, had their heads to the south.