With three horizontal stripes, Myanmar flag has 3 main colors on it which are yellow(at the top), green(in middle) and red(at the bottom), as respectively being the symbolization of solidarity, peace, and tranquility, courage, and decisiveness. A big white star stands at the center of the flag.
Myanmar has changed to the newest version since October 21, 2010. 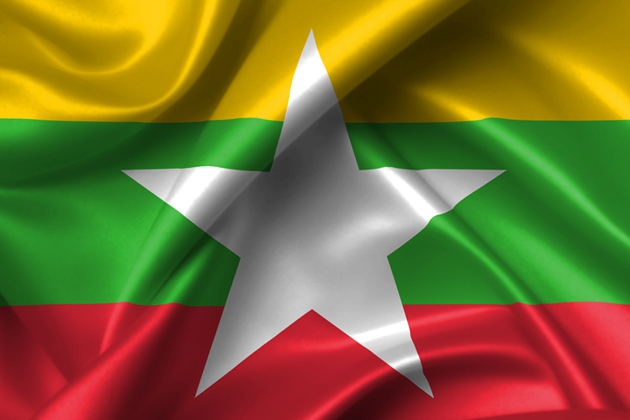 Having another name as the coat of arm, the state seal has two lions on it, facing the opposite one. With the map of Myanmar at the center, the coat of arms has Burmese flowers around and a big five-point star at the top. Along the bottom of the seal is a line “The Union of Myanmar” written in the Burmese language.

As a symbolization of strength and durability, this kind of tree can be used for furniture design and making. The golden fragrant flowers of Padauk are also considered as the national flower of Myanmar. While the tree symbolizes strength, the flower represents youth, love, and romance with its fragrant scent. Blooming during April, the flower seems to be a sign of the first showers in April and the New Year celebrations as well.

Blooming with tiny white flowers in graceful sprays that grow out of a small, bright green, pear-shaped bulb, Thazin orchid is cherished for its simple and delicate beauty and its lofty as well. This dainty orchid symbolizes royalty and purity. Many Burmese ladies put some sprigs to adorn their hair bun or wear it in their chignon at the neck. They believe that wearing Thazin makes them beautiful and elegant. 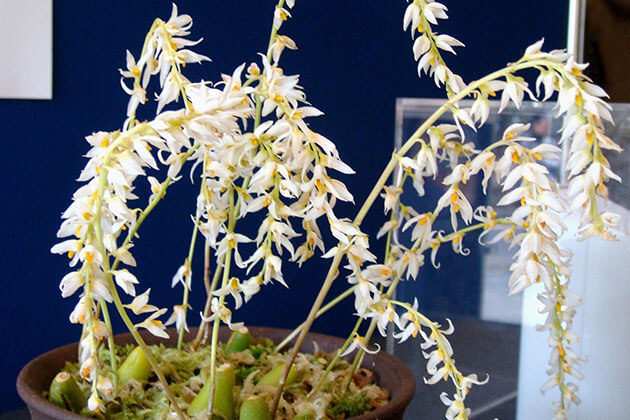 U Ottama elderly Buddhist monk said: “The white elephants represent peace and wealth. They are a sign of a good future awaiting our country”. Some people also say that the appearance of a white elephant is seen as good luck. The lord of white elephants is called “Hsinbyushin”. It is also believed that Buddha himself was once used to be a white elephant. 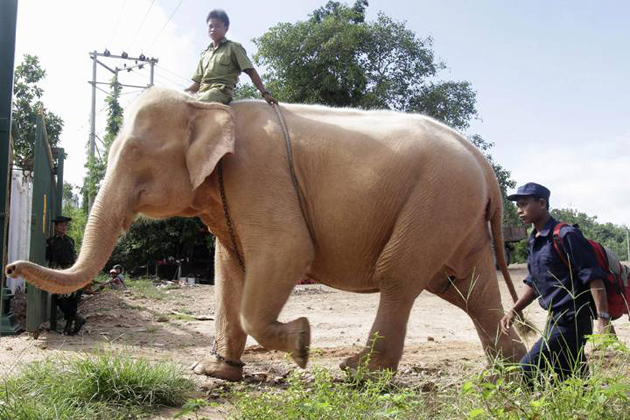 Being the central feature of the Konbaung Dynasty’s flag and coins (1700-1885), the green peafowl is a symbol of “compassionate watchfulness” in Buddhist mythology. However, today Myanmar national bird becomes a less familiar sight because of the habitat loss and the capture from locals for their eggs, meat and bright feathers.

Chinthe are mythical half-dragon and half-lion creatures. They are often depicted in pairs, being seen at the entrances of Burma pagodas and temples with the belief that they will serve to protect these religious places. Myanmar’s military government used these lion-like as a symbol of the state.

Taking a Myanmar tour package, you will have a chance to savor the scrumptious tea leaf salad. Tea Leaf Salad (or locally called Laphet Thoke) is one of the most famous and delicious dishes in Myanmar. After preliminary processed, tea leaves are mixed with sliced tomatoes, threaded-cabbage, kinds of beans, garlic and chili which later make up a special salad, driving people to enjoy the most natural taste of Burmese dishes. In ancient times, it used to be a symbolic peace present between enemy rulers. 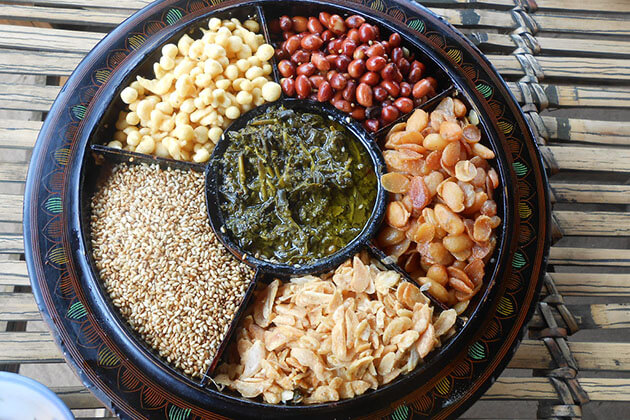 Together with Laphet thoke, Mohinga is a famous national dish of Myanmar. It is a fish soup made with rice noodles. The recipe varies from region to region. To make it rich and hardy broth, people combine chickpea flour with a host of vegetables and seasoning spices including onions, lemongrass, ginger, and banana tree stem.

With the existence of over 1500 years ago of being considered as an ancient sport, Chinlone is also seen as a form of dance or martial art. Thus, the scoring system is mainly based on player performance. Victors will be determined by how skillfully they keep the ball aloft and how beautifully they play the game. 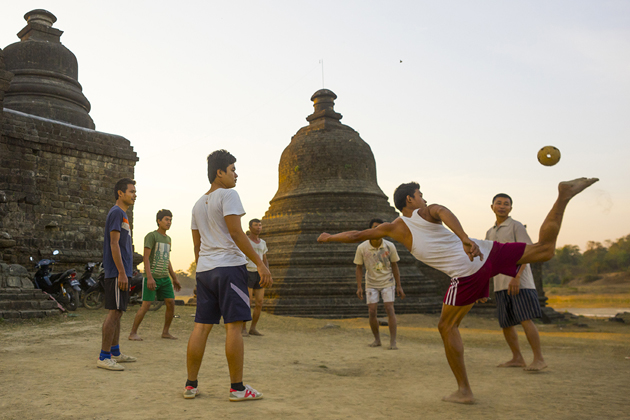 Saung Gauk is the national musical instrument of Myanmar, often played traditionally in royal courts. The elegant boat-shaped harp is partly made from hollowed hardwood, and the graceful arching neck is made from the root of an acacia tree. It can be played by a seated musician, rested on his lap. 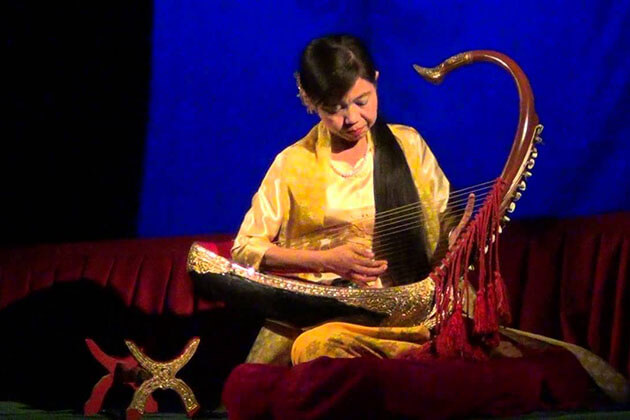 One thought on “National Symbols of Myanmar”